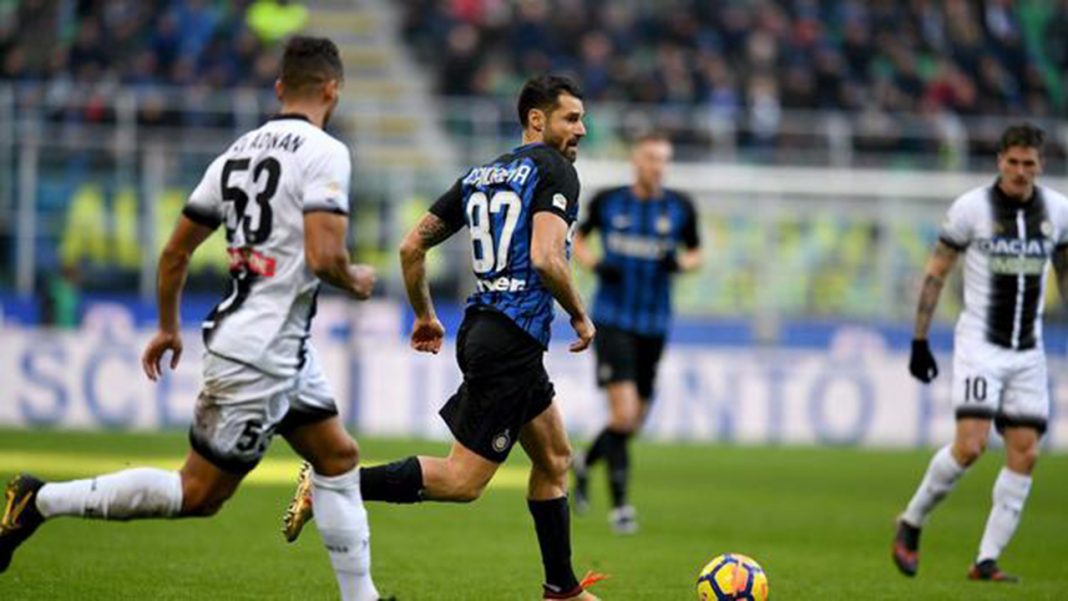 Inter Milan weren’t able to keep their winning run going as they were beaten by Udinese. Photo:@Inter_en via Twitter

Inter Milan lost their Serie A unbeaten status after a shock 3-1 home defeat by Udinese on Saturday that put their position at the top of the league under threat.

Inter stay temporarily top on 40 points after their first loss of the season, which came thanks to a Rodrigo De Paul penalty and Antonin Barak tap-in, adding to Kevin Lasagna’s opener after Mauro Icardi had equalised for the hosts.

But they can be overtaken by Napoli, who are one point behind in second, if they win at Torino later on Saturday.

The loss for Luciano Spalletti’s side also gives third-placed Juventus, themselves just two points back, the opportunity to leapfrog their old rivals Inter at Bologna on Sunday.

“We work for a win the whole week, so when you achieve that aim, it means you’ve done well and that you had a bit of luck on your side as well,” said Udinese coach Massimo Oddo.

Inter looked like they were set to maintain their unbeaten record and momentarily extend their lead at the top when hot-shot Icardi levelled the scores with his 18th goal of the season, a smart volley just 71 seconds after Lasagna’s 14th-minute opener.

But despite dominating, the hosts could not find the breakthrough, and were punished just after the hour mark.

Inter defender Davide Santon compounded a poor display by handballing Silvan Widmer’s cross, and after referee Maurizio Mariani consulted the video assistant referee to check that the ball had not gone out before the Udinese right-back reached the ball, he awarded the penalty from which De Paul gave the away side the lead.

Inter continued to push and almost levelled in the 68th minute when Milan Skriniar thumped Antonio Candreva’s cross off the bar, but were punished when Barak finished a lightning break with 13 minutes left to sink the home side.

“We did much better in the second half. Inter caused us problems but eventually we settled and improved considerably,” added Oddo, after his side made it three wins in a row.

“We played on the counter-attack a lot, but that is a wise tactic against a side like Inter.”