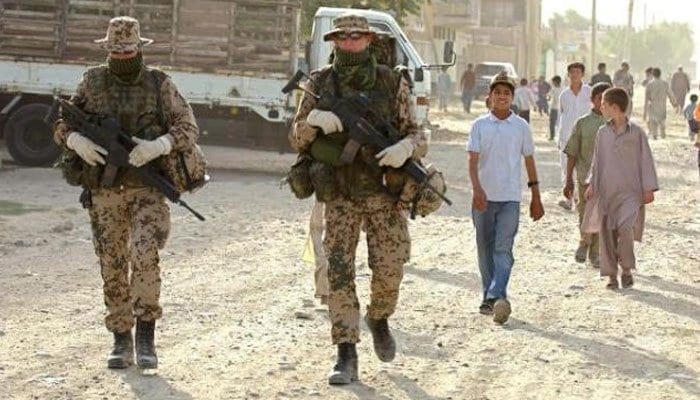 German federal prosecutors on Wednesday, detained two former soldiers suspected of planning to create a 100-strong group of mercenaries from whom they would earn large sums by intervening in the civil war in Yemen.

German federal police detained the two men during the early hours in the Breisgau region in the Black Forest and in Munich, the Karlsruhe-based prosecutors said. Charges of establishing a terrorist organization are being investigated.

The two men are alleged to have taken the decision to establish the group at the start of this year, planning to earn around 40,000 euros (46,500 dollars) per month for each member of the group, which aimed to recruit between 100 and 150 former German army soldiers or police officers.

According to the information from the prosecutors, one of the accused had made contact with at least seven potential candidates.

The aim was to force peace talks between the Houthi rebels and the Yemeni government, with financing to come preferably from Saudi Arabia. One of the accused is alleged to have made repeated attempts to contact Saudi state bodies, which had not reacted, the prosecutors said.

Investigators searched the homes of the men in Munich and in the Calw district. Premises of a further four people not under suspicion were searched in the states of Baden-Wuerttemberg and Bavaria.