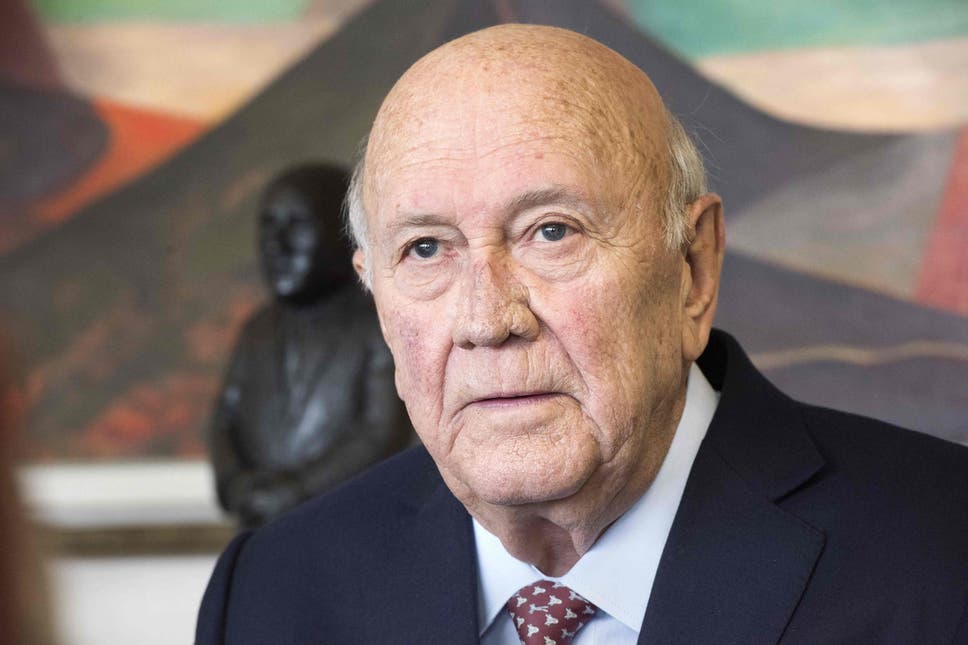 FW de Klerk, an apartheid-era leader who helped to bring about the end of white-minority rule in South Africa, has died of cancer at the age of 85, his foundation said on Thursday.

De Klerk helped orchestrate the release of Nelson Mandela, with whom he later shared the Nobel Peace Prize in 1993.

However, for many South Africans he never did enough to fully atone for apartheid or for the human rights abuses carried out by the security forces when he was president.

De Klerk, born in Johannesburg on March 18, 1936, was the son of prominent politician.

He studied law and worked as an attorney for several years until he was elected to parliament as a National Party candidate in 1972.

He went on to hold several top ministerial posts before being elected president in 1989, a position he held until 1994.

De Klerk left behind his wife Elita, his children Jan and Susan, as well as his grandchildren, the foundation said.