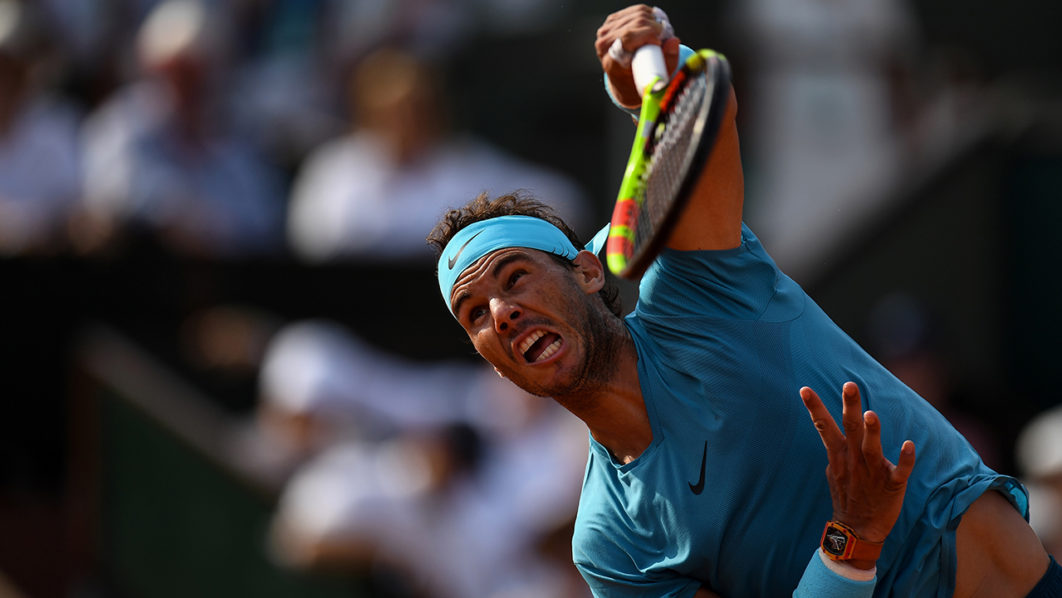 Thiem and Cecchinato held their service games and one crucial break gave the 24-year old Thiem the first set 7-5. With his powerful serve, Thiem delivered 6 aces and made first serves 67 percent of the time.

Cecchinato achieved 80 percent on first serves but won only 61 percent of the points.

The difference was Thiem’s defensive ability; he won many points on return of Marco’s serve.

On the other hand, Marco missed many break opportunities.

The Austrian won the second set tiebreak by 12 points to 10 and outplayed his opponent to take the third set 6-1. At the end, Thiem accumulated 117 points to Cecchinato’s 91.

What could have accounted for Del Potro’s anti-climax against Nadal? Could it be the series of long matches in previous rounds; especially against Marin Cilic in the quarterfinals?

Whatever the answers, the man from Mallorca Spain did not give the Argentinean any breathing space.

A single break determined the first set. After that, it was Nadal all the way.

Thiem became the second man from his country to reach this stage of a Grand Slam; following Thomas Muster’s run in the same tournament. He is the next generation aspirant who stands in the way of Nadal’s quest for an eleventh title.