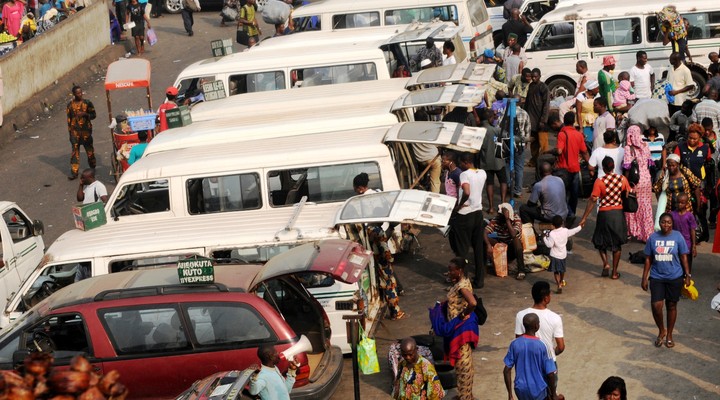 As the scarcity of petrol persists in Ibadan, transport fare has gone up by 100 per cent, the News Agency of Nigeria reports.

However, in spite of the fuel shortage, NAN observed there were there scores of people at some motor parks, who were set to travel home for this festive season.

Some of the drivers, who spoke with NAN, attributed the hike in transport fare to fuel scarcity, saying that most of them bought fuel from ‘black’ marketers.

Saheed Olowe, a driver, told NAN that a litre of petrol was sold for between N300 and N350 at the parallel market.

“That is more than 100 per cent increase, so commercial drivers should not be blamed for the hike.

‘‘Those in position of authority should be held responsible for the hardship the masses are passing through,” Mr Olowe said.

Another driver, Joseph Akogun, said the hike in transport fare was a temporary development, which would be reversed once drivers get fuel at the normal price.

Mr Akogun said the scarcity of fuel caught drivers unaware, due to assurances from the government that fuel would be available and that people should not involve themselves in panic buying.

He urged the government to resolve whatever the problem that was responsible for the scarcity in order to save Nigerians from unnecessary suffering.

Some of the passengers at the parks visited, were not in a happy mood, as they lamented the high cost of transport fare to their destinations.

Titus Olominu, a traveller, described the situation as pathetic and called on government to make fuel available at filling stations.

Also, Jide Akinwale said that he had to sell a pair of the new shoes he bought at the park before he could afford the N2, 200 fare to Akure.

Mr Akinwale said he bought the shoes as a Christmas gift for his twin brother but expressed regrets that the unpleasant situation had forced him to sell it.

He appealed to the government to ensure the availability of petrol at filling stations so that fuel could be purchased at N145 per litre.

On her own, Esther Ajetumobi, a widow with three kids, said she had to suspend her trip to her hometown Akoko, Ondo State, due to the hike in transport fare.

Ms Ajetumobi said there was no way she could afford N6, 000 as the cost of travelling to Akoko with her three children.

“I prefer using the money to buy chicken for my children and celebrate Christmas in Ibadan,” she said.