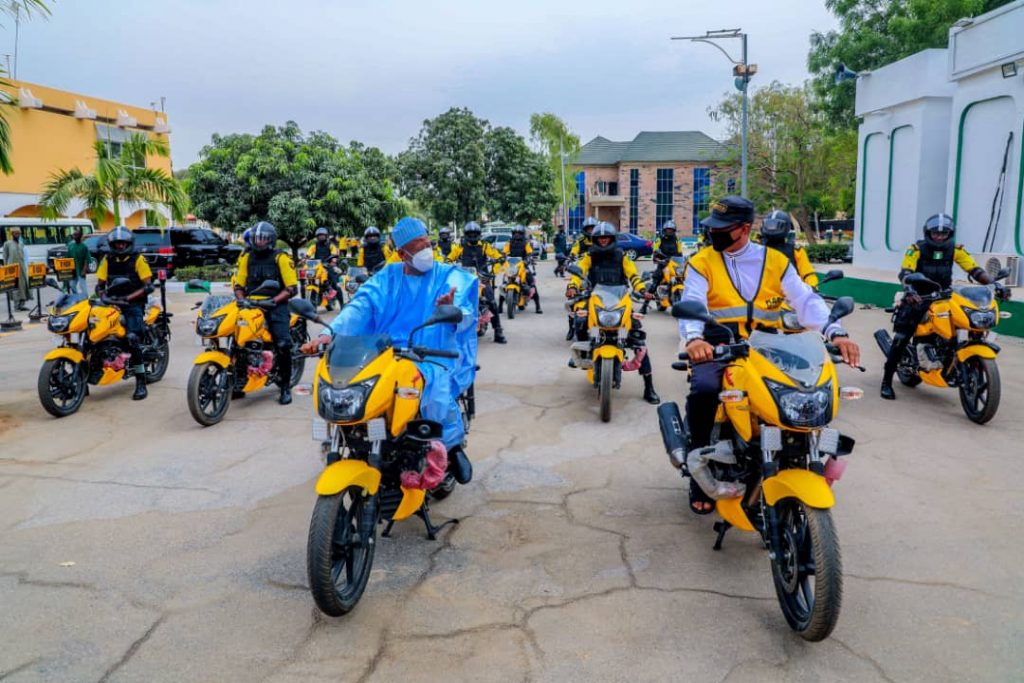 Inaugurating the power bikes on Sunday in Kano, Mr Ganduje said the bikes would be used to ensure that road users comply with traffic regulations.

He said the bikes would enable KAROTA personnel to move quickly to monitor traffic, trace violators and go around the city to fish out those smuggling illicit and substandard goods into the state.

The governor urged KAROTA officials to redouble their efforts in controlling traffic and apprehending those who break traffic rules.

He further urged them to ensure that those suspected to be carrying illegal items were traced and arrested.

Mr Dan’agundi had earlier stated that the agency bought the power bikes with the fund it saved from removing ghost workers from the pay list.

“Sometimes, we see a lot of things happening on the road, we see criminals carrying items in their vehicles but there are no vehicles to quickly trace them to their destinations.

“However, with these modern power bikes, we will be able to arrest more criminals,” Mr Dan’agundi assured the governor.