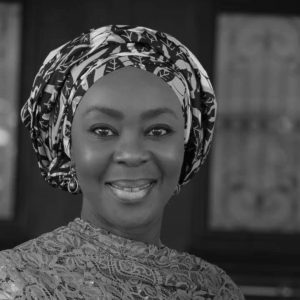 An NGO, the Wellbeing Foundation Africa, says gender inequality is a persistent barrier to the design and delivery of Universal Health Coverage, UHC.

Its founder, Toyin Saraki, made this known on Thursday in commemoration of the International Women’s Day marked annually on March 8.

Mrs Saraki in a statement said that there was a global discrepancy between the reliance on women to provide healthcare services and the neglect of their own rights, work and health needs.

“A report by Women in Global Health, World Health Organisation and Global Health Workforce Network found that while women make up 70 per cent of the health workforce, only 25 per cent hold senior roles.

“These gaps in gender leadership are often driven by stereotypes, discrimination, and power imbalances, compounded with the fact that women are the majority of the world’s poor.

“Women are also subject to societal stigma regarding their bodies, and largely absent from political discussions to voice their health needs.

“These imbalances leave many women without access to essential SRHR and other health services and create a barrier to achieving UHC,” she said.

The founder, who would be speaking at an Inaugural Women In Development Conference holding in the United Kingdom said she looked forward to engaging with some of the most astute female minds and voices in global development.

READ ALSO:   COVID-19: No vaccine approved yet for Nigeria – WHO

She said the conference would spotlight UHC through the gender lens, with the plenary, “Delivered by Women and led by men- No Universal Health Coverage without Equality”.

According to her, the session will explore the steps that can be taken to ensure women’s rights and gender equality which is central to discussions around UHC.

“At the same time, we will explore the importance of UHC for the protection of women’s rights, to ensure that female-dominated profession such as midwifery are respected and receive investment.

“This is so that women globally can access accurate information about their sexual and reproductive health, and quality care in pregnancy and childbirth,” Mrs Saraki said.

READ ALSO:   Hepatitis patients at higher risk of COVID-19 – WHO