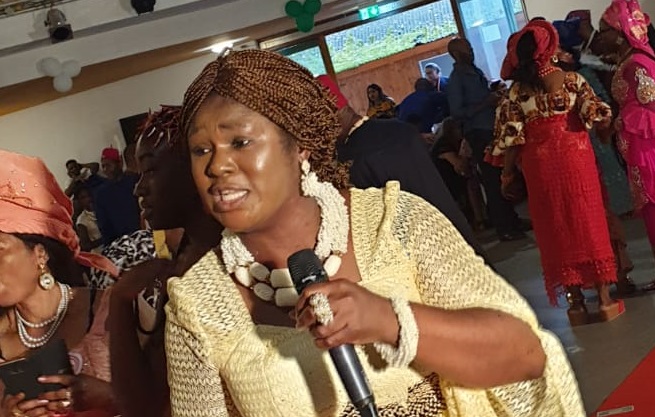 Germany-based Nollywood actress and gospel singer, Queen Floxy Nwaka, has called for more collaborations between home-based and Nigerian artistes in the Diaspora to develop the country’s entertainment industry.

Nwaka, who was nominated for the 14th Nollywood Excellence and Leadership Academy (NELAS) Awards holding in Abuja in October, said that such collaborations would help promote unity among Nigerians in Diaspora.

“Creating an environment that will synchronize both local and international artistes will help improve the quality of production and increase the Gross Domestic Product of Nigeria,” the multi-talented artiste told the News Agency of Nigeria (NAN).

Nwaka, who is also the Igbo Woman Organiser in Nurnberg, Germany, said that she had used her position to positively influence Nigerians in Diaspora, mostly through her gospel songs.

“I have always used my position to influence the younger ones through the kind of music I produce, mostly gospel, which preaches peace, tolerance and hard work.

“My gospel songs has been influential in the promotion of oneness among Nigerians in the whole of Germany and other European countries.

“This is why I was appointed “Women Organiser” at the just concluded second Ndigbo New Yam Cultural Festival 2019 which held at Nurnberg, Germany,” she said.

Nwaka said that her love and contributions to the African culture in Europe had made her one of the busiest black entertainers in the whole of Germany.

Speaking on her nomination for the NELAS Awards, Nwaka said she felt honored to be listed in the NELAS Top 100 Influential Personalities.

“I believe that with the upcoming NELAS award, my social and professional status will be celebrated not only in Nigeria and Germany, but around the world,” she said.

The Germany-based artiste also spoke on the recent attack on former Deputy Senate President Ike Ekweremadu at the Ndigbo New Yam Cultural Festival at Nurnberg Germany where she performed.

“I think that the incident happened at the wrong place and on the wrong person entirely and I hope that whatsoever that transpired would be resolved amicably,” Nwaka said.

Nwaka, who started her musical career in 1986 as a backup singer and dancer with Agalacha Band of Onitsha, had released several albums in Germany and featured in a couple of Nollywood movies.

Organised by Frank Ikegwuonu, NELAS is a Pan-African academic, sociocultural, leadership and entrepreneurship award dedicated to the top 100 personalities that have distinguished themselves in various fields of endeavor.

Nigerian singer and songwriter Ayodeji Ibrahim Balogun aka Wizkid and American singer, Beyoncé Knowles, has called on people to appear on ‘The Lion King...
Read more

Nollywood actress, Foluke Daramola Salako, on Monday advocated for aged veteran artistes to be brought back into acting on screen. The actress, who spoke with...
Read more

25-year-old Kingsley Kings, a graduate of Linguistics, Abia State University, Uturu, on Sunday defeated 10 other contestants to emerge the overall best of the...
Read more