1 of 10
Germany’s Andre Schuerrle in action during the FIFA World Cup 2018 qualification football match between Azerbaijan and Germany in Baku on March 26, 2017. Kirill KUDRYAVTSEV / AFP 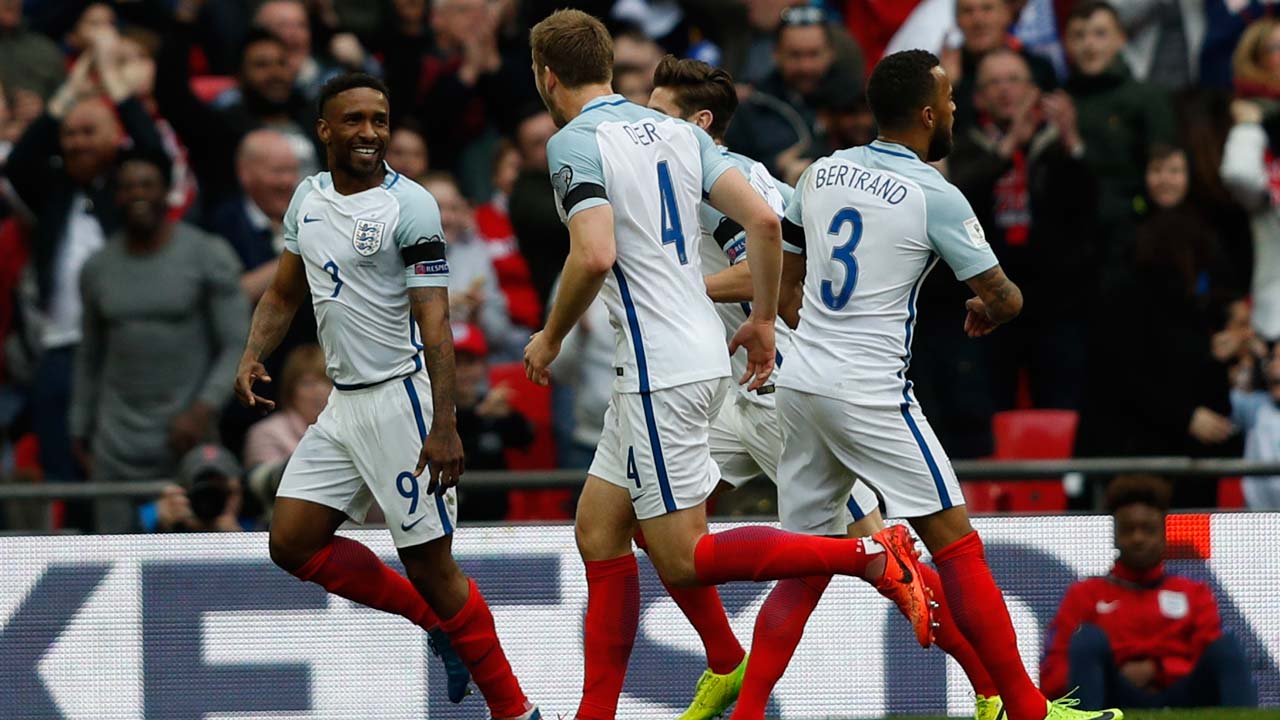 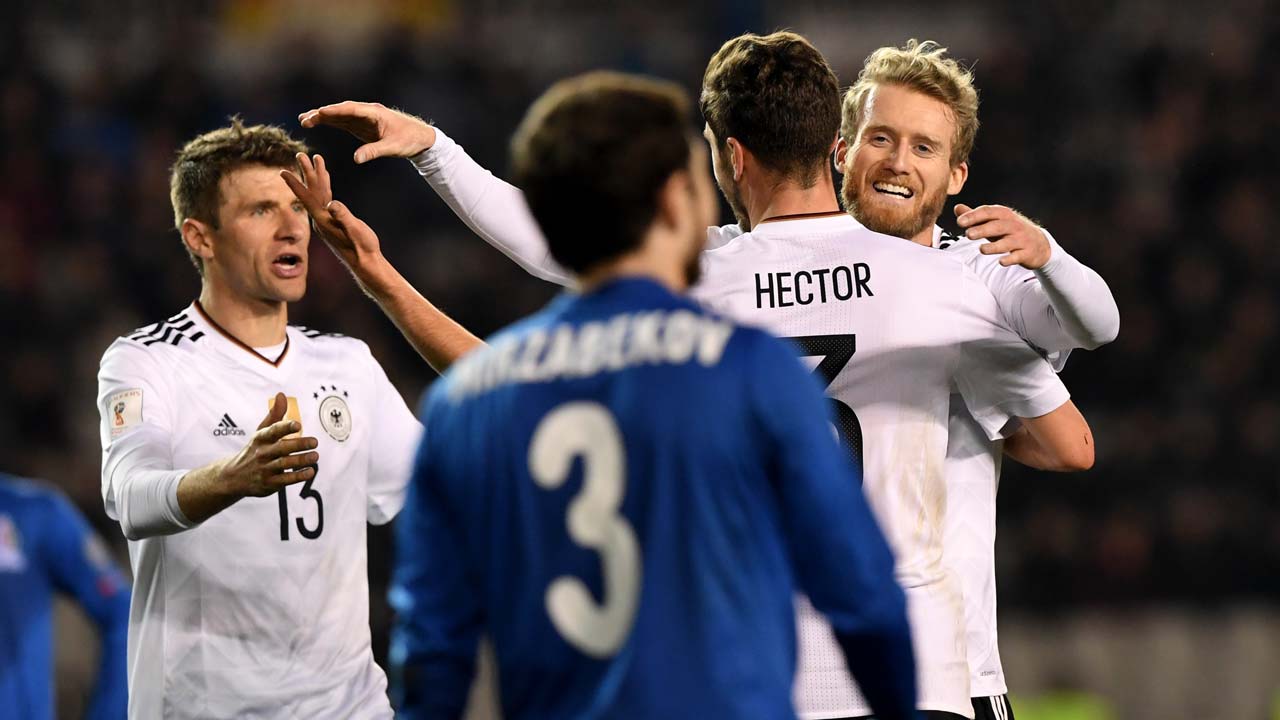 Germany survived a first-half wobble to defeat Azerbaijan 4-1 and maintain their 100 percent record in World Cup qualifying. It seemed to be plain sailing for the 2014 winners when Andre Schurrle put the visitors ahead on 19 minutes, meeting Jonas Hector’s pass to hit home, but Azerbaijan were soon back in it.

Dimitrij Nazarov’s right-footed effort beat Bernd Leno to surprise the Group C heavyweights, but parity did not last long. Schurrle found Thomas Muller and the Bayern Munich ace hit a left-footed effort to put Germany back in front. Just before half time, Joshua Kimmich found Mario Gomez, whose header gave Germany breathing space.
Borussia Dortmund’s Schurrle then notched his second of the game with nine minutes to go, Hector again the man with the assist as Joachim Low’s men strolled to victory.

Jermain Defoe scored in his first international appearance in over three years as England beat Lithuania 2-0 at Wembley to make it four wins out of five in Group F. Defoe, winning his first cap since November 2013, scored with a close-range finish in the first half before Jamie Vardy grabbed another off the bench in the second to make sure of the three points and consolidate England’s place at the top of their group.

Just a few seconds after Defoe had seen an effort saved by Ernestas Setkus in the 21st minute, the Sunderland man was then presented with another opportunity, on this occasion finishing first time into the back of the net to score his 20th England goal after Raheem Sterling had done well to burst down the left before cutting the ball back.