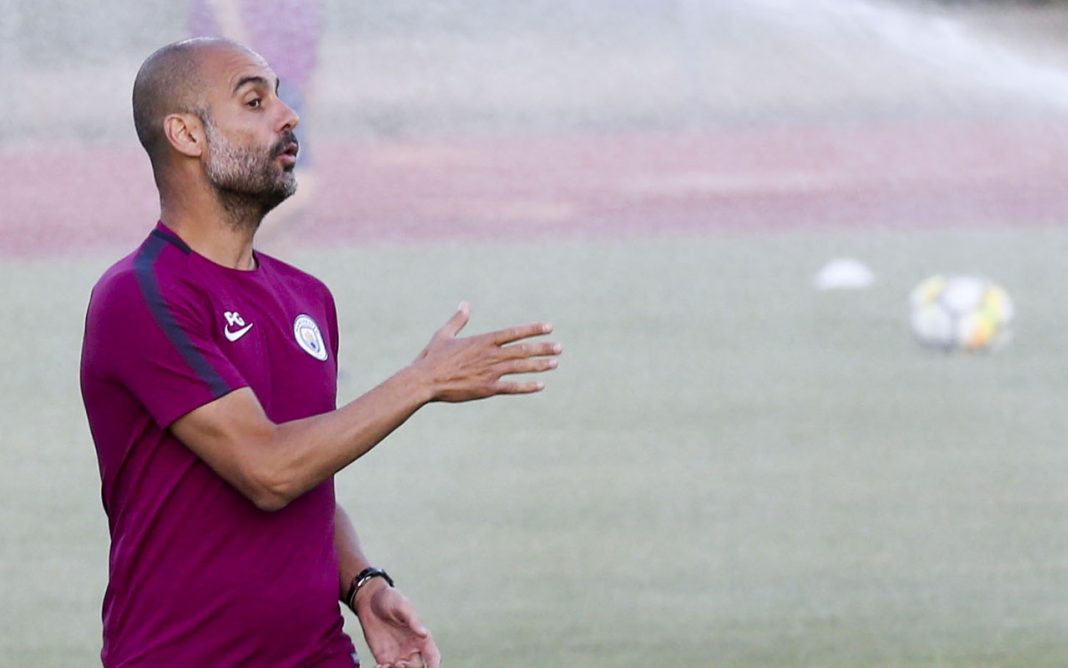 Pep Guardiola has defended Manchester City’s celebrations after the Premier League leaders beat fierce rivals Manchester United at Old Trafford, saying they were “definitely not” over the top.

United boss Jose Mourinho was unhappy with City’s reaction after their 2-1 win on Sunday and made his feelings known outside the visitors’ dressing room on the way to his post-match interviews.

In the ugly scenes following the game, Mourinho reportedly had milk and water thrown at him and City assistant coach Mikel Arteta sustained a cut to his head.

City and United are holding internal investigations and have until 1800 GMT on Wednesday to present their accounts to the Football Association.

The governing body will then determine whether there is enough evidence to pursue charges against specific individuals and/or the clubs themselves.

Guardiola admitted he encouraged his players to celebrate but said they were not extravagant, adding they were confined to the visitors’ dressing room.

“I encouraged the players to celebrate… but of course inside the locker room,” he said.

“We have huge respect for our opponents, not just for Manchester United, all the opponents. Football and life is not about when we lose, (then) you have to accept the defeat.”

Guardiola was asked if there was anything extravagant about City’s celebrations that might have provoked a reaction from United but he replied: “No, definitely not. Believe me, definitely not.

“It was the same as the Southampton game. It was 96 minutes and something like that but were ready. We were happy. Believe me, we were happy.

“We won a derby against Manchester United. At that the moment the biggest rival we have to win it. So people expect we are not going to celebrate? No, we celebrate.”

“And after what happened, happened,” he added. “Hopefully it cannot not happen again. What happened, we make the statement to the FA investigation and they are going to decide.”

City’s win at Old Trafford took them 11 points clear of United, their nearest challengers at the top of the table.

Victory away to Swansea City on Wednesday would give them a record 15th consecutive Premier League win.