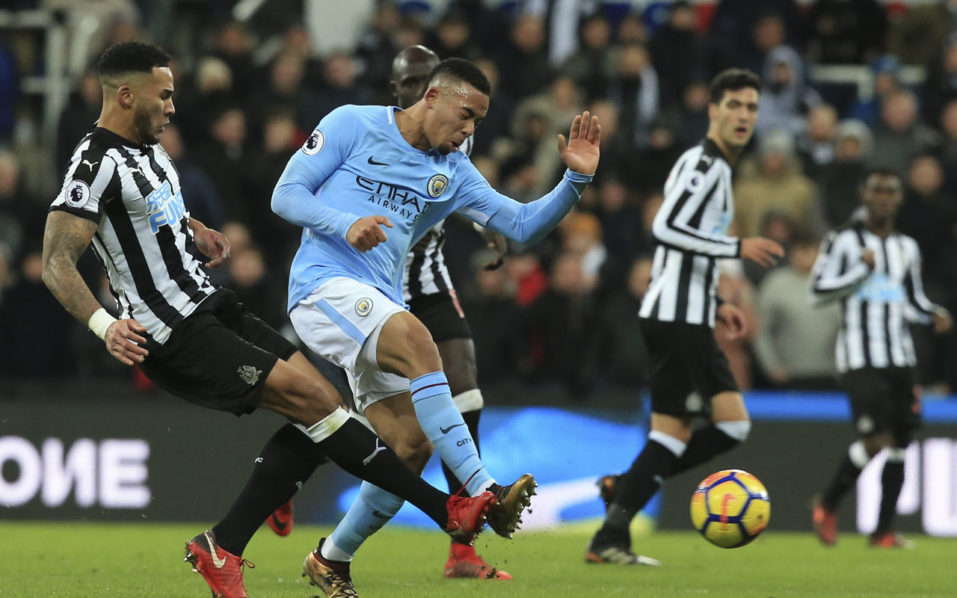 Pep Guardiola praised Manchester City’s resilience after the runaway Premier League leaders made it 18 successive wins with a 1-0 victory at Newcastle on Wednesday.

City completely dominated possession after a Newcastle side seemingly intent solely on keeping the scoring down.

City boss Guardiola ripped Newcastle’s defensive approach, but was impressed with the way his players kept plugging away.

“We did absolutely everything but it is difficult to play when the other team doesn’t want to play,” he said.

“Always you have to expect this kind of situation and it is not always easy to maintain that level.

“Any manager can decide what he wants. I prefer to try to play but I respect a lot what opponents do and we have to try to discover how to attack against them.”

“Raheem Sterling is scoring a lot and is playing good – so we are happy with that,” Guardiola said.

“We are now 15 points in front and we can now focus on our next game (at Crystal Palace).”

City look certain to lift the title, but midfielder Bernardo Silva isn’t getting carried away just yet.

“We have to keep working the same way since the start of the season and that’s what we’ll be doing,” he said.

“It isn’t won. We’re still in December. We have to play with the same spirit and hunger to win the games.”