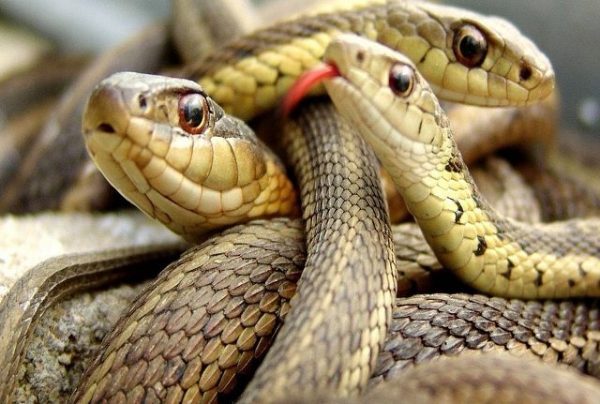 As the weather heats-up because of the setting in of dry season, an agronomist, Adewale Kupoluyi, has warned Nigerians to beware of snakes their fatal bites.

Kupoluyi gave the warning in an interview on Thursday in Lagos against the backdrop of the recent increasing cases of snakebites recorded in the country.

He lamented the non-challant attitude of the relevant authorities in tackling the issue, saying that he believed it was a national crisis that required adequate control before it becomes devastating.

“We have cultivated the habit of treating things with levity until they become so severe, devastating and chaotic such that any meaningful intervention may not be helpful by the time they are applied.

“It is on this premise that the prevalent cases of snakebites should be given due priority and attention without further delay.

“More than 100 victims alone were said to have died in the last few weeks following the absence of anti-venom for victims from the northern states of Adamawa, Bauchi, Borno, Gombe, Plateau and Taraba.

“Statistics of snakebites obtained across the country revealed that there is a steady rise of people either suffering from such attacks or have out-rightly died due to poor access to medical facilities.

“Most of these victims — because of the expensive cost of orthodox medicine — allegedly ended up visiting herbalists because they could not afford the anti-snake venom and desire to live,’’ he told NAN via email.

“Unfortunately, what the herbalists do have as ‘cure’, with due respect, has been described by observers as mere ‘trial and error’ in the sense that most victims that patronise them are known to have bled in the brain because the venom is vicious.

“This makes traditional healers incapable of really tackling the problem since they concentrate on healing the wounds alone.’’

Mr Kupoluyi explained that snakes usually attack people when they were threatened, picked up mistakenly or trodden on, though some Cobras and Black Mambas could be cocky.
Such attacks, he noted, could become deadly if not treated quickly.

“But when properly treated, many snakebite cases would not have serious implications on victims as less than 10 per cent of snakebite victims were said to visit hospitals in Nigeria when attacked.’’

According to him, a World Health Organisation, WHO, report highlights the severity of the problem, showing that Nigeria records 174 snakebites per 100,000 population per annum.

“Of this, the Carpet Viper or Saw-Scaled snake has been blamed for about 90 per cent of bites, out of which 60 per cent of the cases eventually result into deaths.

“WHO, however, warns that snakebites remain a neglected public health problem for most of African countries, including Nigeria.

“That is why the country needs to work hard by ensuring that necessary mechanisms are put in place to overcome this challenge headlong.

“Additional insights on this discourse were provided by the Kofi Anan Foundation, in a 12-page report titled, `Snakebites in Africa: Challenges and Solution’, which carefully examined the issue with inputs from experienced representatives.

“The representatives were drawn from the scientific community, public health organisations, civil society and philanthropic institutions, among others.

“Findings from the report indicate that many health problems were linked to snakebites such as induced death, paralysis and disability,’’ he said.

Mr Kupoluyi said the foundation found out that snakebites negatively affected the lives of thousands, mostly the rural poor and resulting into declining subsistence agriculture and overall quality of life of the people.

He disclosed that an estimated 32,000 deaths and 100,000 disabilities had been attributed to victims on the continent, causing chronic anxiety, depression and Post-Traumatic Stress Disorder, PTSD.

“Beyond that, people that are bitten by snakes are discovered to be economically-insecure, rural hospitals are found to be inadequately equipped to manage snakebite patients, while the problems of lack of quality control and regulation of anti-venom still persist,’’ he said.

The agronomist said that in spite of the worrisome trend, many of the snakebite cases in Nigeria still go unreported and were not captured in official epidemiological records kept by appropriate bodies.

He said snakebites should be taken seriously like Ebola, Monkey Pox, Lassa fever and HIV/AIDS.

He added that “This lack of important documentation is not limited to health records as many other important and reliable data on all areas of human lives are usually very difficult to obtain, making effective national planning a daunting task.’’

Mr Kupoluyi said that low advocacy on the hazards of snakebites coupled with the fact that many health workers had little or no formal training in the management of condition worsened the problem.

He said there was the need to do more, especially for the rural populace that were prone to being frequent victims and were not well protected while they go about their normal daily farming activities with palpable fear.

“This neglect of vulnerable people should stop. Embarking on public enlightenment among rural communities on how to prevent snakebites will involve giving them timely assistance and first aid.

“Such emergency and vital information should be made available in the languages that local farmers are familiar with,’’ he said.

Mr Kupoluyi advocated for the training of more medical personnel, beginning with the endemic areas in the north, where cases were rampant to reduce deaths associated with poor handling of snakebites.

He advised that people should clear overgrown grasses around their homes, premises and stop keeping snakebite attacks to themselves as well as avoid leaving their doors opened carelessly in a bid to get fresh air.

He noted that snakes were reputed to be stealthy and very quiet, making it difficult to monitor their movement.

He urged that snake anti-venom drugs; Echitab Plus ICP Polyvalent and Echitab G Monovalent, which are said to have been last supplied to the country several months ago, should now be imported with immediate effect.

He recommended that late placement of order for production should be avoided.

“This will not only reduce the scarcity, but discourage the tendency for people to either tamper with normal supply or adulterate the drugs.

“Already, some people were recently reported to be faking the scare drugs and selling at almost N45,000 per vial, contrary to the original price regime sold by a study group, which ranged from between N13,500 to N30,000.

“A more sustainable effort should involve manufacturing the drugs through Public-Private-Partnership, PPP, to increase access and minimise adulteration.

“The government should painstakingly identify serious and local organisations with requisite experience that could come in at this critical moment,’’ the agronomist told NAN.