Hero to ‘very homesick boy’: how Tevez unravelled in China 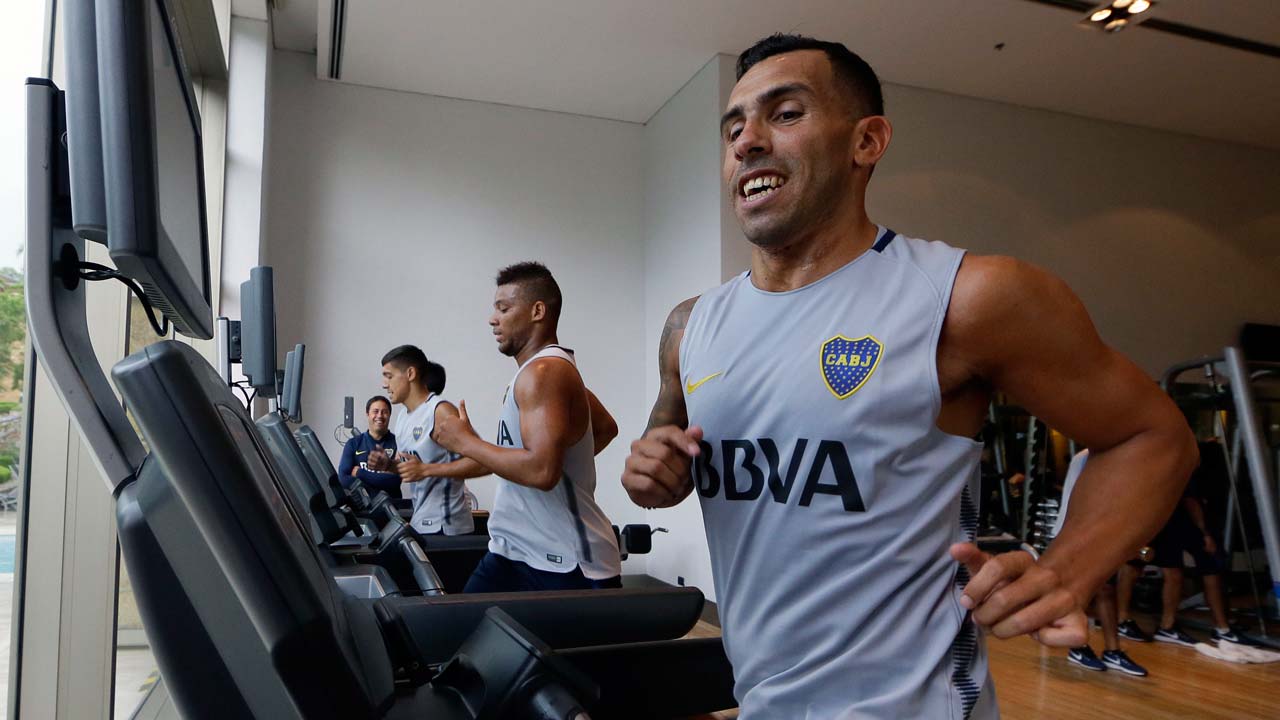 Argentine star Carlos Tevez arrived in Shanghai to a hero’s welcome but sneaked out of China less than a year later and has now sealed a return to Boca Juniors.

The 33-year-old, whose former clubs include Manchester United, Manchester City and Juventus, scored just four goals in the Chinese Super League and missed half the matches injured, out of form or out of shape.

AFP Sports traces Tevez’s turbulent 12 months in China and identifies the moment it all started to go wrong for the forward.

Big money
— December 29, 2016: Shanghai Shenhua, who once boasted a forward line of Didier Drogba and Nicolas Anelka, say they have signed Tevez from Boca Juniors. Reports say he will earn about 730,000 euros a week, the highest wages in football.

— January 19, 2017: A beaming Tevez, a blue Shenhua scarf draped around his thick neck, is mobbed by hundreds of fans chanting “Carlos! Carlos!” as he touches down in Shanghai.

— January 21: Tevez vows to earn every yuan of his bumper contract. “There will probably be pressure, but because I love football very much, I will use my passion,” he tells reporters through a translator.

— February 8: Tevez makes his debut but fails to score as Shenhua crash out of the Asian Champions League in a 2-0 defeat to Brisbane Roar, prompting the Australian club to mock on Twitter, “Carlos who?”

— March 5: Tevez makes his Chinese Super League (CSL) debut and stars, scoring once and providing two assists in a 4-0 thumping of Jiangsu Suning.

Disney controversy –
— April 15: The moment Shenhua fans begin to turn on Tevez. Apparently injured, he is spotted at Shanghai Disneyland the same day his side are in action. “We pay him tens of millions so that he can have a guided tour of Shanghai,” one disgruntled supporter writes on football website Hupu.

— May 27: Tevez brands Chinese footballers “clumsy” and “very naive” in a damning interview with Spanish television. He concludes that Chinese football is decades behind Europe, saying: “I don’t think they will get there in 50 years.”

— August 15: Injured once more, Tevez flies back to Argentina for treatment on another muscle injury. Shenhua say they fully expect him to be back and say he returned to his homeland with their blessing. “No one ever said he would leave (permanently),” a club spokesman tells AFP.

— August 30: Tevez returns to China and the club say he is fit to play. But Chinese media and Shenhua fans take to calling him “very homesick boy,” a nod to his troubles settling anywhere during his career and a play on how his name is pronounced in Chinese.

Overweight, dropped –
— September 13: Wu wastes no time laying down the law, saying that Tevez is “overweight” and will not feature until he shapes up. “When you are on the pitch, if you can’t play at 100 percent, then it is completely meaningless,” says Wu.

— September 15: Wu takes a more conciliatory tone, saying Tevez is showing a better attitude and doing extra training of his own will. “With his current attitude we will see a different Tevez,” he says.

— September 16: Tevez climbs off the bench and scores but Shenhua are thumped 6-1 at rivals Shanghai SIPG.

— November 2: With an FA Cup final against SIPG looming, Tevez sheds six kilos (13 pounds) and his club say he is determined to prove his doubters wrong.

— November 19: Tevez is left out of Shenhua’s squad for the Cup final first leg at home with no reason given by the club. They win 1-0 in his absence.

— November 26: He is missing again as his side win the Cup. It transpires that he flew back to Argentina after being left out of the Shenhua squad once more.

— December 4: Tevez ordered to return to Shanghai by December 26 if he wants to save his career in China.

— January 6, 2018: Calls time on his China nightmare as he signs for boyhood club Boca Juniors for a third time.