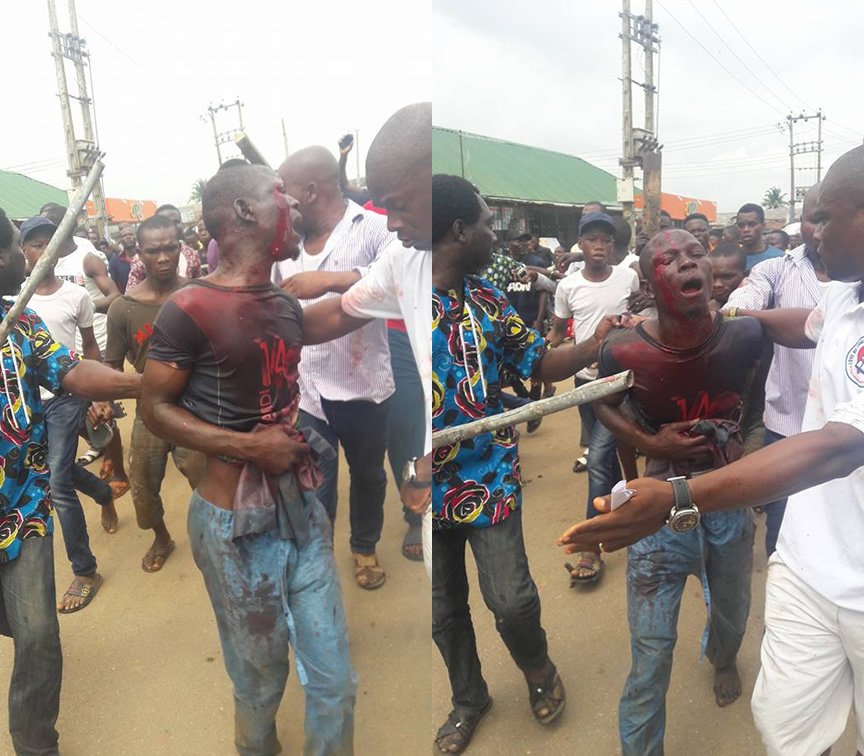 The Commissioner of Police in Lagos State, Edgal Imohimi, on Thursday disclosed how three arrested Badoo suspects hypnotised and smashed their victims’ head while asleep.

Mr Imohimi said this while presenting the suspects to newsmen in Lagos.

He gave their names as; Chibuzo Igwe, Samuel Akaeze a.k.a Samito, Gift Akaeze, Omotayo Abamoyegun and Fatai Adebayo, a herbalist who fortified the cultists before going on operation.

According to him, on December 30, 2017 at about 2:30 a.m. the peace of Lagos was disturbed at Alajo Close, Obese, a suburb of Ikorodu, when three suspects invaded one late Shakiru Yekini’s compound where he was killed alongside his wife and his six-month old baby injured.

“Abamoyegun usually sprays powder into the abode of their victims which makes them fall into deep sleep after which other members of the gang smash their head with grinding stone.

“Having certified that they are dead, the suspects use white handkerchiefs to scrub their victims’ blood for ritual purposes.

“Luck, however, ran out of them when one of the victims raised alarm and the vigilante men on duty alerted policemen who quickly cordoned off the area.

“Chibuzor Igwe was arrested at the scene and he made startling revelation which led to the arrest of Abamoyegun and Akaeze.

“Please note that a grinding stone used to smash the victims’ head, smeared with blood was recovered at the murder scene and taken to the lab for forensic analysis to back up our evidence in court.

“One Gift Akaeze, wife to one of the suspects, Samuel, was arrested for allegedly supplying information to the suspects on where to strike.

“Abamoyegun also usually takes the suspects to one Fatai Adebayo, an herbalist, who specialises in fortifying the suspects and blessing their stone before operation.

“The herbalist has been arrested and his shrine in Ijebu Imosan had been destroyed in an operation which I led,’’ he narrated.

The commissioner said that the war against the suspected killers would continue and that the police would not relent until all the killers were brought to justice.

He furthered declared wanted one Alaka Abayomi Kamal following a warrant of arrest issued by a magistrate court in Lagos.

Presented alongside the suspected killers were car snatchers and drug peddlers arrested at Sunday Market, Ogba.

The News Agency of Nigeria, NAN, gathered that one Musiru Adeniyi was arrested with a master key while trying to gain access into a car at Ogba.

In another development, one Taofeeq Olawale was arrested as a suspected armed robber on Dec. 30, 2017 following which a pistol, double barrel gun, a pump action gun and 13 live cartridges were recovered.

One Sunday Issa was also paraded for forcefully dispossessing one Omoruyi Endurance of property worth N7 million.