How to reduce effect of inflation on Nigerians, by Lagos chamber of commerce 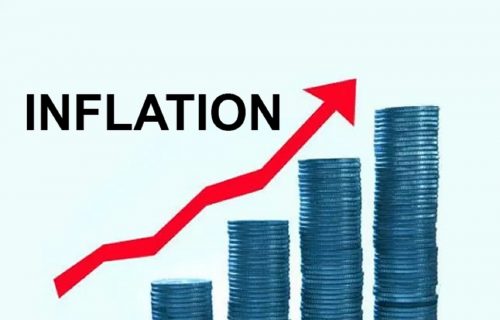 The Lagos Chamber of Commerce and Industry, LCCI, on Sunday urged the government to focus on reducing cost of energy, logistics and other variables to moderate the effect of inflation on Nigerians.

Dr Muda Yusuf, outgoing Director-General, LCCI, gave the advice in an interview with the News Agency of Nigeria on Sunday in Lagos.

The headline inflation, according to the National Bureau of Statistics, NBS, reduced marginally by 0.18 per cent from 17.93 per cent in May to 17.75 per cent in June.

Meanwhile, the month-on-month inflation maintained it upwards trajectory in June with it accelerating marginally from 1.01 per cent in May to 1.06 per cent in June 2021.

He listed high energy cost, which included the spike in the cost of diesel, electricity and aviation fuel, high transportation and cost of logistics, and high import tariff as major cost push factor influencers.

“Headline inflation of 17.75 per cent is still a reflection of intense and persistent inflationary pressure on the Nigerian economy.

“Even more worrisome is the incessant high food inflation, which was 21.83 per cent in June.

“High inflation is hurts investment, it is injurious to the welfare of the people and detrimental to the economy.

“The main factors that have disrupted output in the economy are also heightened insecurity,  exclusion of some critical industries from the official foreign exchange window, trade policy issues, among others,” he said.

He also urged the Central Bank of Nigeria (CBN) to reduce its financing of fiscal deficit to levels provided for in the CBN Act, saying fiscal deficit financing by the Apex Bank acted as a major inflation driver.

“The infusion of this financing typically increases money supply and aggravates inflation.

“It is high powered money and also characterised as inflation tax.

“Reports of interest payments of over 480 billion naira on ways and means financing by the apex bank between January and May 2021 is quite instructive,” he said.