I have lost faith in CAF Awards, says Coach Izilien 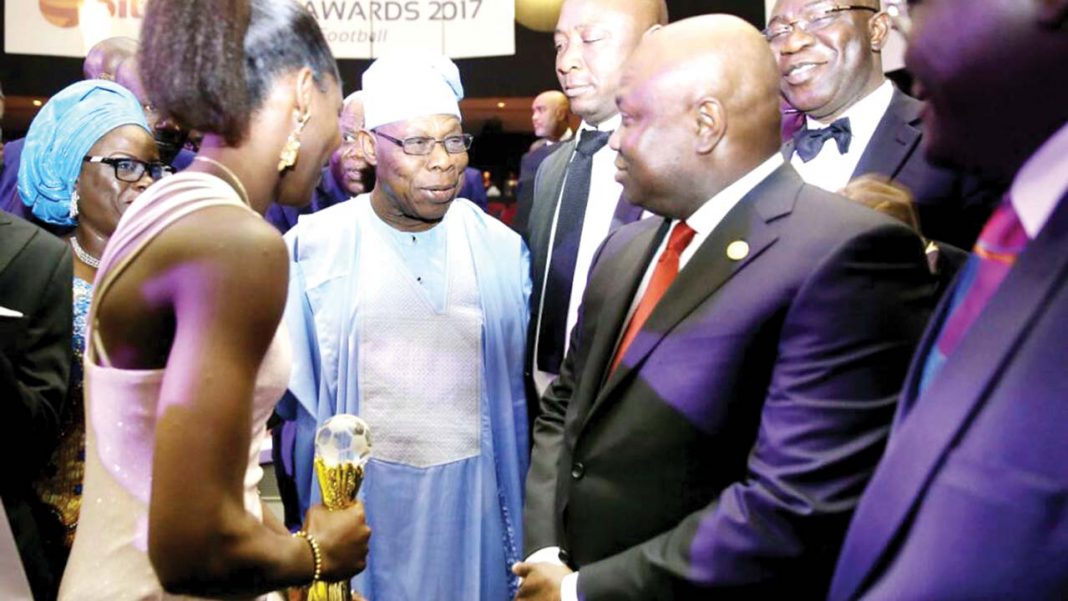 • ‘Amaju’s presence should have made a difference’

Former handler of the Super Falcons and National U-17 team, the Golden Eaglets, Coach Godwin Izilien says the Confederations of African Football (CAF) Awards held in Accra, Ghana last week fell short of expectations of the people in many ways.

Many football stakeholders had carpeted CAF over the ways and manners it handled the awards in Accra. While some were not satisfied with the choice of winners in some categories, including the selection of African Best 11 players, others have frowned at the way CAF elevated mediocrity by mixing football with politics.

Izilien, who handled the Super Falcons to win the African Nations Cup in South Africa 2004 as well as coached the Golden Eaglets to the African U-17 Youth Championship in The Gambia in 2006, told The Guardian yesterday that CAF Awards ceremony in Accra last week was a he was ‘shambolic.’

“I thought the presence of NFF President Amaju Pinnick could have made some differences,” Izilien said. “I was really disappointed with the level at which the CAF awards had degenerated. What criteria did they use in picking some of the winners? It is quite clear now that a majority of the voters must have compromised. I expected the likes of Amaju to ask questions of certain issues, particularly how the voters came about the choice of winners in some categories. But we (stakeholders) should not seat in our homes thinking that all is well. We should continue to speak out because we are all involved directly or indirectly,” Izilien stated.

Also commenting on the CAF Awards, veteran sports journalist, Desmond Ekwueme wrote on his AbayomiBlog saying: “We all thought that with the exit of Issa Hayatou from CAF and the emergence of Ahmad Ahmad a few elementary errors will be corrected and some primary changes effected in the continent’s football governing body, but with the shambolic organization of the awards in Accra, Ghana, we can only keep praying and hoping for the true change to come.

“Someone should remind CAF bigwigs that events like the CAF Awards is purely a football and media one. It is not for politics or politicians. This was exactly the error that ruined African football under Hayatou. He mixed football, business, politics and to a large extent religion. He got himself trapped. He was caught in the web. This brought the sport a stunted growth even as he claimed that under his watch football in the continent competed with European football.

Politics was the major factor that polarized the continent’s sport and destroyed the CAF Awards under Hayatou. Voters, talking about national team coaches and captains voted on Francophone and Anglophone lines which on few occasions robbed potential winners of their awards thus making the awards not credible, totally controversial and highly ridiculous. Talent, skill, finesse, determination, doggedness, sheer power and brilliance which made the African sport thick were kicked into touch thus allowing racial talks, polarization thoughts, religious thrusts and other divisive tendencies to reign in the course of shortlisting nominees and voting. Average players became winners and real talents became losers.”

Speaking further, he said: “The world mocked at Africa for elevating mediocrity and sacrificing talents. CAF was once accused of persuading and inducing voters to vote for nominees or candidates with Francophone background or nationalities.

This allegation was not probed or investigated by the Hayatou administration. One would have thought that Ahmad would use the Accra awards to make a big, brilliant and bold statement. But that didn’t happen as the awards once again were poorly put together with amateurish experience and political coloration.

“Where are the legends who made the continent proud with the game? Sure, we saw same faces who are “friends of CAF”. They are patronized by CAF on account of their FAs involvement in the emergence of the present leadership. Other great names of the sport in Africa recognized by UEFA and FIFA whose presence would have added value to the event were not invited because their FAs supported Hayatou in the election that ushered in Ahmad. This kind of thinking, reasoning and attitude won’t take Africa’s football anywhere.

“We recently witnessed the prestigious Balon d’Or awards and we saw how footballers past and present were honoured and celebrated. The glamour added by the full media presence made it a show of class, which the world looks up to each year. That award was an evening of grace, goodness and glory. We saw Pele, Maradona, Zidane, Ronaldo de Lima, Roberto Carlos, Cristiano Ronaldo, Messi and Neymar to mention a few. The award is for stars of football, their friends, agents, managers, associates and family members. The event is to talk and celebrate football….strictly football.

“In Accra, ex-presidents, Sports Ministers and governors of African countries took the centre stage. They took the front row, sitting conveniently as if they are the nominees. It was a show of African traditional lengthy but empty speeches from leaders without better ideas to improve or salvage the degenerating situation of diseases, wars, terrorism, sit-tight-leaders and corruption ravaging the continent. Their presence gave the event a sour taste. Their presence gave the event a knock. Their presence dwarfed the real essence of the event as attention was shifted to them rather than the players.“Truth be told, the CAF Awards has lost its importance. One can only hope that it’s sponsor does not go the way the previous sponsors went,” he added.