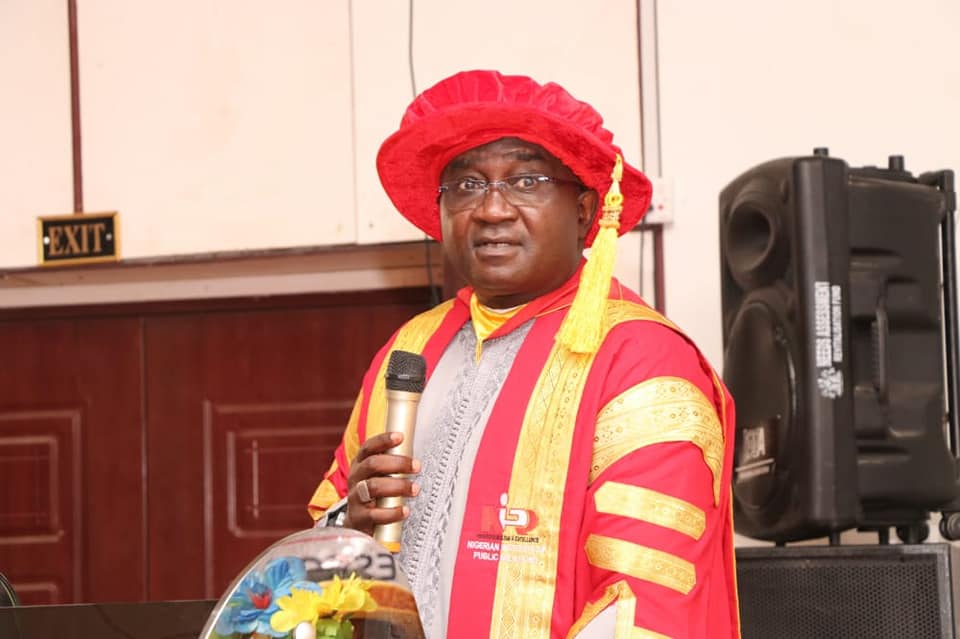 The Nigerian Institute of Public Relations, NIPR, says it plans to engage the Office of the Attorney General of the Federation, AGF, to sanction individuals who are practicing public relations without license.

President of NIPR, Mukhtar Sirajo, in a statement he issued on Monday in Abuja, made the disclosure at the special induction ceremony of students and staff of the Institute of Development Communication, ISDEVCOM, Nasarawa State University.

The induction was done during the institute’s third International Conference on Communication and Development in Africa.

The theme of the conference was “Strategic Security and Health Communication for Sustainable Development.”

Mr Sirajo who commended the newly inducted members for escaping the wrath of NIPR, said until their induction, they were amongst illegal practitioners even if amongst the best and most experienced in the field of public relations.

“You were practicing illegally. I want to congratulate you for escaping the hammer that actually was just about to fall.

“The law actually mandates the Attorney General of the Federation to establish a Tribunal to try those found practicing public relations without licensing by the institute.

“We will soon have a courtesy call on the attorney general where we want to remind him of that very huge responsibility and we want to believe that very shortly that tribunal is going to be set up.”

NIPR boss, however, warned the inducted Associates to conduct themselves but most importantly, be good ambassadors of the Institute bearing in mind public relations was a profession bothering on relationship building.

“We don’t want walls in relationships so please try and see that you help in actually repairing, in fixing the failed relationships that now exist in this country.

“Let’s try and recreate that Nigeria that a lot of us grew up in that was blind to religion, blind to ethnicity,” Mr Sirajo said.

“I think we now expect that you are going to be the face of public relations of the university.”

Usman gave assurances on the Institute’s capacity to repair the broken relationships, which according to him have been manipulated and politicised by “selfish elites.”

He said there was the possibility to correct the existing anomaly and ensure the country returns back to the path of sanity.

“We’re living in a country now that conflict entrepreneurs, ethnic chauvinist, religious bigots are trying to turn the country upside down.

“But this country belongs to all of us and we are not going to allow that to happen,” varsity boss said.