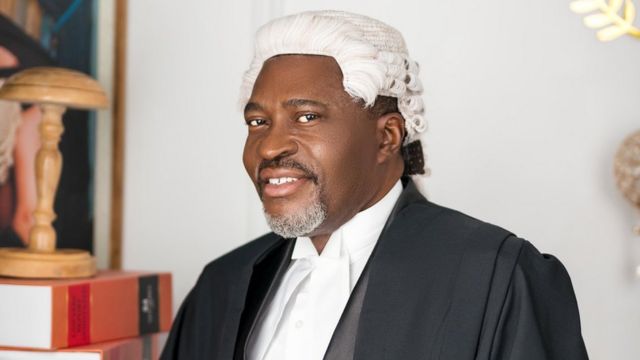 A popular Nollywood actor Anayo Onyekwere, popularly known as Kanayo O. Kanayo, said he would be conferred with a chieftaincy title by his traditional ruler, Eze Amaefule in Oboama, Ezinihitte Mbaise, Imo, on Dec.29.

Kanayo disclosed this on Wednesday in an invitation message made available to the News Agency of Nigeria in Enugu.

He appealed to his friends, associates and fans to set aside Dec. 29, 2021 for him, as he would be honoured with a chieftaincy title.

He did not reveal the chieftaincy title but urged his friends and associates to celebrate with him on that date.

“Please consider this as a prior notice and as a friend, brother associate, your presence matters to me and my community.

NAN reports that thespian was on Oct. 9 conferred with the title of Mola Mossima of Batoke Kingdom in Limbs, Cameroon by the traditional ruler, Molive Otto.

Mr Kanayo said he felt honoured to be celebrated while alive.

Expressing satisfaction over the award, Kanayo wrote in his verified Instagram page that “It feels so great to be honoured and celebrated. Thanks for celebrating me when I am alive.

Mr Kanayo began his acting career in 1982, cutting his teeth in some of the local productions of Nigerian Television Authority, NTA, in Aba and Enugu.

He later relocated to Lagos where he waxed stronger, featuring in mega drama series such as Checkmates, Ripples, New Masquerade and Village Headmaster.

It was not long before he became a thespian of outstanding ability with his role of Chief Omego in Living in Bondage, a 1992 blockbuster movie.

He has since featured in more than 100 movies, including Rituals, Blood Money, Living Dead, Desperate Billionaire, Circles of Doom, Lost Kingdom, Billionaires Club, among others.

After many years of a successful acting career, Kanayo enrolled for a law degree and was called to the Nigerian Bar on Sept. 15, 2020.

Mr Kanayo holds the National honour of Member of the Federal Republic, MFR.

Whitemoney expresses gratitude to MultiChoice for signing him GOtv Ambassador