IN CASE YOU MISSED IT: Use of powerbike banned in Abuja 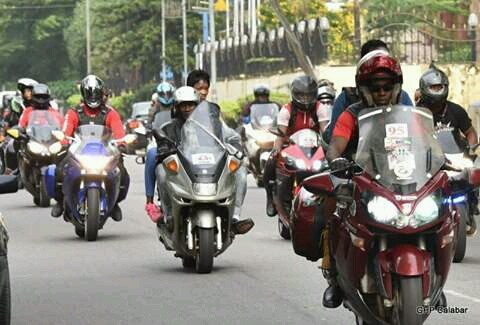 Shola Shittuhttps://dailynigerian.com/
Jaafar Jaafar is a graduate of Mass Communication from Bayero University, Kano. He was a reporter at Daily Trust, an assistant editor at Premium Times and now the editor-in-chief of Daily Nigerian.
- Advertisement -

On June 28, 2014, the minister of Federal Capital Territory Minister, Bala Mohammed, directed the FCT Police Commissioner to arrest and prosecute unauthorized users of power bikes and motorcycles in the capital city.

This directive followed revelations by security agents that one of the perpetrators of the EMAB Plaza, Wuse II District bomb blast in Abuja was riding a power bike.

Motorcycles had for a long time been banned in the city, but users of power bike and private motorcycle owners were never affected by the earlier ban.

The directive, which was conveyed to the then FCT Police Commissioner through a letter dated June 27, 2014 and signed by the FCT Permanent Secretary, John Chukwu, reminded him that the ban on the use of power bikes and motorcycles in the FCT was still in force.

He stated that the reminder was necessitated by the fact that one of the suspects in the recent bombing at the EMAB Plaza, Wuse II District, Abuja was seen on a power bike by security agents.

The minister further directed that all security personnel using motorcycles should obtain permits from the FCT Commissioner of Police and the FCT transportation secretariat. He said, in addition, the officer should be properly kitted in their uniform and helmet.

The letter revealed the intention of the FCT administration to, as a matter of urgency evolve necessary bye-laws and security protocols that will indicate minimal security requirements in private and public institutions as well as other congregational locations in the Federal Capital Territory for compliance and enforcement.

The administration will also embark on “Know Your Neigbour Campaign” as a veritable strategy to promote neighbourhood security awareness among residents.

However, sources at the Federal Capital Territory Administration, FCTA, told DAILY NIGERIAN that the ban is still in force as the current minister, Mohammed Bello, did not review it.