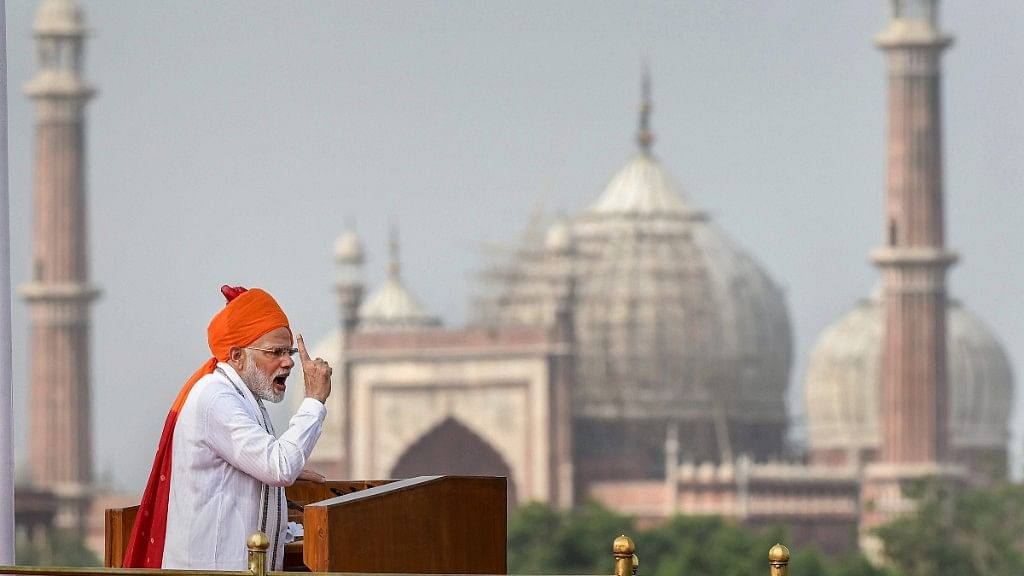 India’s annual Independence Day celebration at New Delhi’s iconic Red Fort is scheduled to take place on Saturday amid tight security, with social distancing brought on by the COVID-19 pandemic.

Prime Minister, Narendra Modi, will unfurl the tricolour and address the nation from the ramparts of the fort, but the large group of school children who add cheer to the annual event will be missing.

Invitees to the event  are  diplomats, officials, members of the government, media and public are to be seated at a mandatory distance of around 2 metres from each other and are to undergo thermal screening before entering the venue.

“We have asked invitees who have experienced any symptoms of Covid-19 over the past two weeks to stay away,’’ a Delhi Police spokesman said.

Medical booths have been set up at four locations near entrances with, ambulances waiting there to whisk away suspected cases.

All personnel from the police and defence forces participating in the guard of honour had undergone 14 days of quarantine, a Defence Ministry release said.

The men and women kept a distance and wore masks that matched their uniforms during the dress rehearsal on Thursday and would be doing so again on Saturday.

A multi-layered security ring is already in place at the venue comprising National Security Guard snipers and around 4,000 police and paramilitary personnel, including specially trained commandos

India gained its independence from British rule on Aug. 15, 1947.