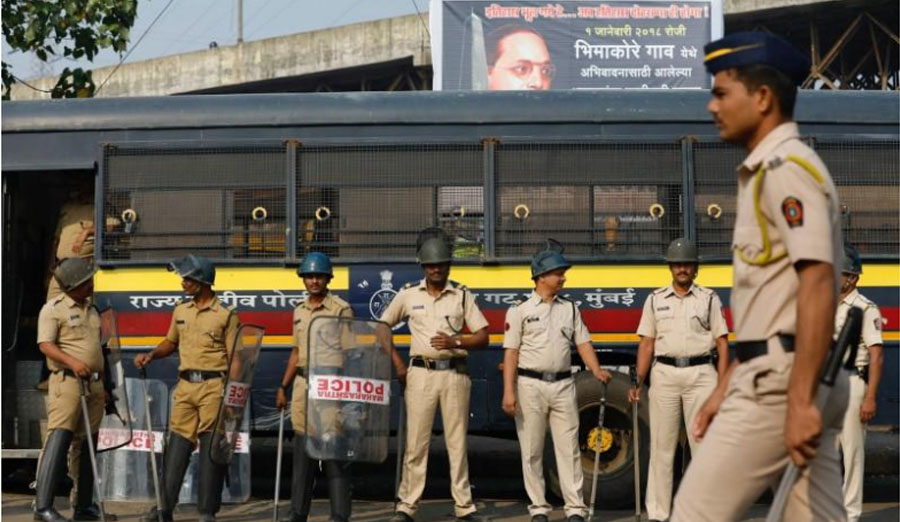 Many businesses in the Indian financial hub of Mumbai closed on Wednesday as protesters from a low-caste community blocked traffic, shopping malls and staged sit-ins on railway lines.

The protest came a day after thousands of Dalits hurled stones and caused traffic disruption across Mumbai.

Dalits have been ostracised by upper-caste Hindus for centuries for jobs they deemed as impure, such as garbage pickers and tannery workers.

Those protests followed celebrations by Dalits in Pune, 150 km from Mumbai, on the 200th anniversary of a battle they won, fighting alongside British colonial forces, against an upper-caste ruler.

Those celebrations were disrupted by right wing Hindu groups and a 28-year-old man was killed in the clashes, according to the state government.

The call for a general strike across the western state of Maharashtra led to largely peaceful protests, but life in many parts of Mumbai was disrupted with Dalits pelting buses with stones and deflating tires in some areas.
Railway lines and some major roads leading into the city were blocked.

The Dalits, who rank at the bottom in India’s ancient caste hierarchy, called the strike in protest against attacks from right-wing groups in the city of Pune on Monday.

The strike shut businesses and schools in Mumbai and other cities across the state.

In parts of the Mumbai suburb of Thane, officials banned the assembly of crowds, small or large, to control protesters, who disrupted road and rail services during the morning rush hour.

READ ALSO:   Nuhu Ribadu @ 60: A School and a Model, by Abdulaziz Abdulaziz

Schools were closed in some cities and internet service was down in places to restrict social media access and the spread of rumors.

Fleet taxis, along with cab hailing services like Uber and Ola, were also largely off the roads in Mumbai on Wednesday.

“The government didn’t arrest the perpetrators of violence in Pune.

“We are demanding the arrest of the culprits.”