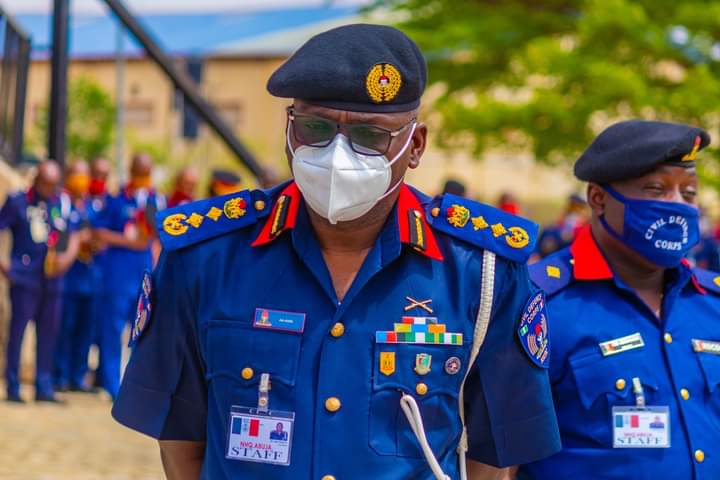 Dr Ahmed Audi, Commandant-General of the Nigeria Security and Civil Defence Corps, says informants within security agencies and in the citizenry are responsible for rise in criminal activities.

Addressing a stakeholders’ summit on protection of critical national assets and infrastructure in Abuja on Tuesday, Mr Audi called for engagement with community, religion and political leaders to address the trend.

He noted that nefarious activities of criminals were being strengthened by few people working at cross-purposes and by those chanting insecurity challenges.

“You will agree with me that the nefarious activities of these criminal elements are being strengthened not only by informants within security formations, but equally by those within the society.

“There is the need, therefore, to engage our traditional rulers, religious, community, political and youth leaders in the process of finding a solution to this menace,’’ he said.

According to him, the upsurge in crime constitutes a threat to critical national assets and infrastructure as witnessed in Zamfara, Kaduna, Borno and some other states in the northern parts of the country.

He cited with regret a statement by the Minister of Information, Alhaji Lai Mohammed, that the Federal Government spent a whopping N60 billion annually on repairs and maintenance of vandalised oil pipelines across the country.

Mr Audi said it behoved stakeholders to identify key national assets and their level of vulnerability while addressing the potential threat to such infrastructure.

He stressed the need to re-strategise to better protect national assets from the onslaught by bad elements.

In his address, Dr Shuaib Belgore, Permanent Secretary, Ministry of Interior, who represented the minister, Ogbeni Rauf Aregbesola, pointed out that threats to national assets and infrastructure continued to escalate because of insecurity.

Belgore stated that the Federal Government was committed to rooting out every threat to the corporate existence of the nation.

“This will be done while providing round-the-clock protection to critical national assets and infrastructure.

“The Federal Government has now classified schools and educational institutions as critical national assets and infrastructure,’’ he said.

The summit has: “Synergy: Panacea to effective critical assets and infrastructure protection,’’ as its theme.