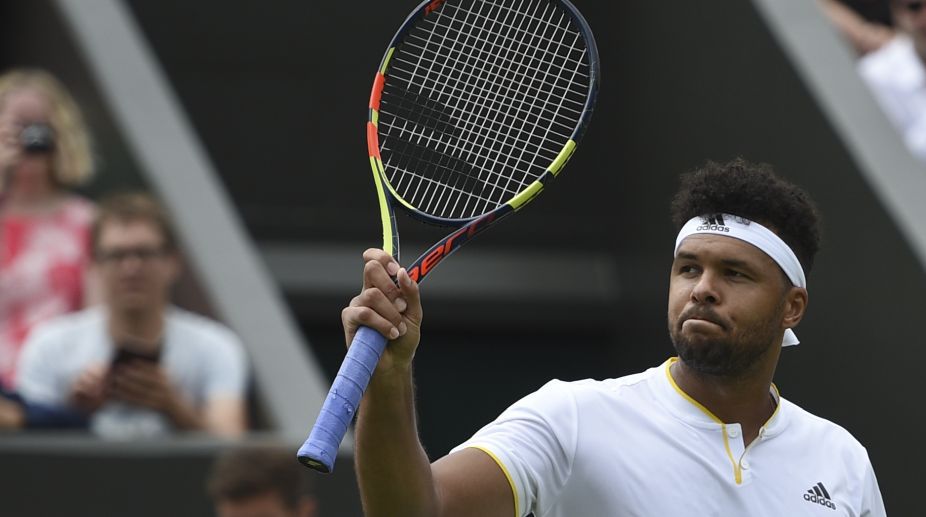 France’s Jo-Wilfried Tsonga celebrates beating Britain’s Cameron Norrie in their men’s singles first round match on the first day of the 2017 Wimbledon Championships at The All England Lawn Tennis Club in Wimbledon, southwest London, on July 3, 2017. / AFP PHOTO / Oli SCARFF

Frenchman Jo-Wilfried Tsonga has pulled out of January’s Australian Open warm-up event in Doha with a wrist injury, the tournament organisers announced on Tuesday.

The 32-year-old, who was the 2008 Australian Open runner-up to Novak Djokovic, is still expected to play in the opening Grand Slam tournament of the year at Melbourne Park, which starts on January 15.

World number 15 Tsonga, who won the Doha tournament in 2012, struggled with a right knee problem in October before returning to form and fitness in the final weeks of the season — winning in Antwerp and reaching the final at Vienna.

The tournament in Qatar starts on Monday.