Insecurity: Senate moves to establish Commission against illegal use of guns 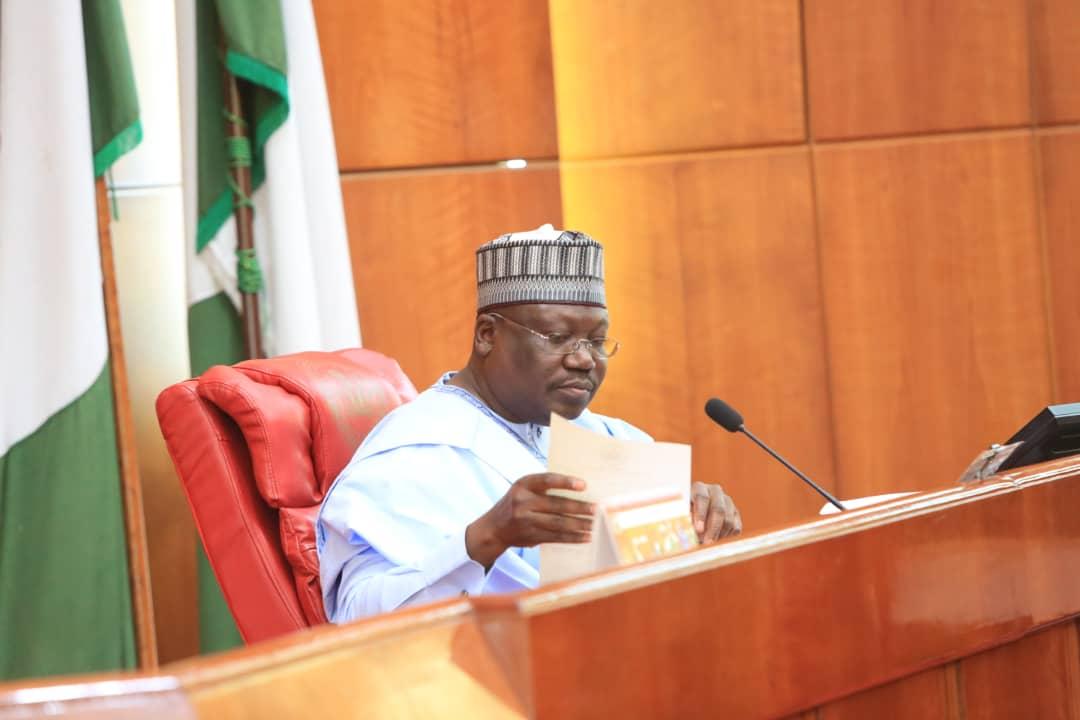 The Senate on Wednesday considered a bill seeking to establish the National Commission Against the Proliferation of Small Arms and Light Weapons.

The was contained in a statement signed on Wednesday by Ezrel Tabiowo, the Special Assistant (Press)
to Senate President Ahmad Lawan.

Sponsor of the bill, Smart Adeyemi (APC – Kogi West), said the functions of the Commission when established will among others include: identifying sources and routes of small arms and ammunitions; identifying those involved in the illicit trade; and providing harmonization of intelligence and information collection.

According to Adeyemi, the proliferation of small arms and weapons is a phenomenon responsible for destabilizing the peace, development and threatening the national security of some countries in Africa.

Noting that the local root causes of conflicts are numerous and diverse, Adeyemi, however, said that in all local conflicts, the diffusion of illegal arms and weapons of terror has played a decisive role in the escalation and intensification of these conflicts.

He said, “the proliferation of these weapons affects the intensity and duration of violence and encourages militancy rather than a peaceful resolution of unsettled differences.”

The lawmaker stated that, “in Nigeria, this has become a serious security challenge, adding “there is general insecurity as most parts of the country experience high level crimes perpetrated using illicit arms.”

Citing a United Nations report, Adeyemi raised concerns that “a substantial percentage of illegal arms that is in circulation in West Africa are in Nigeria.

“This has fueled violent conflicts as witnessed in the Niger Delta, kidnapping in the South East, Armed robbery pandemic in the South West, Ethnic-Religious violence on the Plateau, and the Boko Haram operations in the North-East, a situation which has plunged the nation into serious state of insecurity.”

He warned further that the uncontrolled arms have also impacted on the country’s democracy and development negatively.

“Electoral violence by gun-wielding thugs and assassinations of several political leaders since 1999, have jeopardized free and fair elections in many states of the federation,” the lawmaker said.

“There are numerous ways by which small arms can be smuggled into the country because of their light-weight and concealable nature. Trucks have been used to smuggle arms into the country, while a number of them are brought in on donkeys, camels and on foot.

“Similarly, Small Arms and Light Weapons, SALW, are transported through waterways, boat to add of arms from great lake’s conflict areas have been reported to have been discharged at Warri and Bonny towns of Niger Delta.

“Also, Small Arms Survey (SAS) has reported on Malian arms smugglers packing small arms in waterproof sacks, attaching them into the bottom of bots for transfer to countries along the River Niger,” Adeyemi said.

“The effects of illegal arms and weapons of terror in Nigeria are self-explanatory an calls for concerted effort by all and sundry to successfully prosecute this war against terror. The support, collaboration and involvement of all genuine stakeholders is a condition precedent to winning the war,” he added.

Senator Adamu Aliero while lending his voice in support of the passage of the bill, accused men of the Nigerian Customs Service of conniving with arms dealers to smuggle in small arms into the country through the borders.

He added that if the bill is not passed into law by the National Assembly, “violence will continue” unabated.

Another lawmaker, Emmanuel Bwacha in his contribution, cited the United States as a country without strong gun control laws, adding that “they are paying dearly for it today”.

“It is better to have a control of arms, than allow every dick and Harry to possess arms. In doing this, we must do it with genuine intention,” Bwacha advised.

Contributing to the debate, Senator Abdullahi Adamu (APC – Nasarawa West), lamented that the proliferation of small arms has become a thriving business because those involved in the illicit trade are not apprehended by the relevant security agencies.

The bill which scaled second reading on the floor during plenary was referred by the Senate President, Ahmad Lawan, to the Committee on National Security and Intelligence, to report back in four weeks.