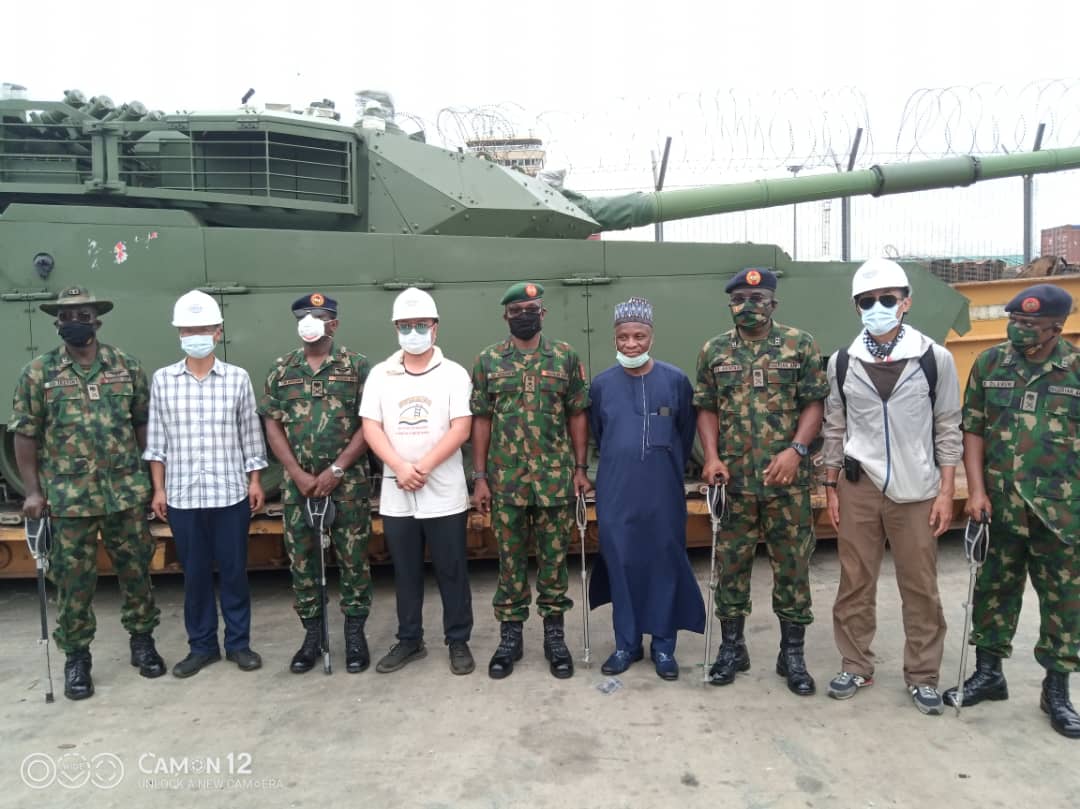 The Nigerian Army says that it is optimistic that the procurement of new tanks and artillery armaments will further strengthen its fight against insurgency.

Lamidi Adeosun, the Nigerian Army’s Chief of Policy and Plans, CPPLANS, said this at the Apapa Ports where he received the equipment.

He said that the government was doing its best to re-equip the NA to ensure that it adequately tackled insecurity and insurgency in the country.

“We are here to witness the reception of the armament that the Federal Government of Nigeria through its Ministry of Defence has procured for the Nigerian Army.

“The process of acquiring this has been on for some time, but thank God they are now coming in as at today from what you can see.

“You can see how serious the Government of Nigeria is in making sure that not only is the Army re-equipped as necessary but to ensure that the  insecurity problem we are having all over the country is tackled not only with trained personnel but also  with  the required equipment,’’ he said.

The News Agency of Nigeria reports that the NA received not less than 17 tanks and artillery.

He said that a more robust cooperation to fight insecurity, Boko Haram and bandits should be expected with the acquisition of the tanks and  the artillery.

He said, ”This is  the first batch, as more are expected.

“They are new ones, the latest technology in tank and artillery armament is what you are seeing.”

He said that before now, the NA had taken delivery of some containers from the sea containing   spare parts and accessories for the tanks and the artillery.

“Those ones are already on their way to their various destinations,” he said, adding that more were expected to be shipped into the country very soon.

“As we can see for ourselves, this is just a tip of the iceberg and many others are still coming.

“But it is important that we all see that both the military and the government are really very serious to tackle the security problems across the nation.

“They were acquired from China and they are indifferent categories: the heavy tanks, the light tanks, two types of artillery heavy guns.”

He said that those that would operate the acquired armaments had also undergone training in China.

“The trainers from China will also come to train more people,’’ he said.