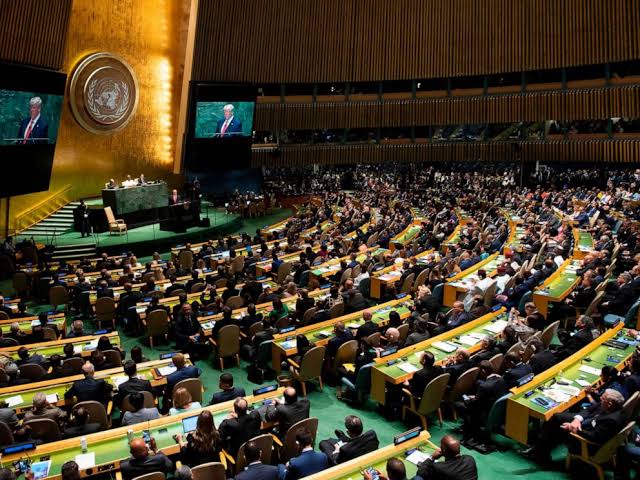 United Nations, UN, Deputy Secretary-General, Amina Mohmammed, has called on African governments to raise the level of creativity, ambition and pace of Africa’s economic transformation and socio-political development as a means to addressing irregular migration.

Ms Mohammed made the call on Monday in Abuja at the launch of the United Nations Development Programme, UNDP, landmark report into Migration, “Scaling Fences: Voices of Irregular Migrants to Europe”.

The report with significant relevance to Nigeria is based on the largest study undertaken with thousands of migrants from 39 countries to 13 European Countries, shining a spotlight on the motivations that drove their journeys and their experiences in Europe.

According to Ms Mohammed, the new report, challenges governments and policy makers in Africa and Europe to really see and hear the group of people who are often more spoken of than listened to.

Stressing the importance of the report, Ms Mohammed said it would help African governments as a matter of urgency to address some of the root causes of irregular migration.

She said that the research shone a light on each of the issues and had implication for all countries affected by irregular migration, countries of origin, counties of destinations and countries of transit.

“Together these landmark reports are a collective plea to our governments to raise the level of creativity, ambition and pace of Africa’s economic transformation and socio-political development.

“Scaling fences is an important contribution to the operationalisation of the 2018 Global Compact for Safe, orderly and regular migration. It is the first global blueprint to cover all dimensions of international migration.

“The Global Compact for Migration came into being at the time of considerable tensions in the world on issues involving migration.

“It provides governments the framework for strengthening cooperation on the four range of actions needed to ensure that they maximise the benefits and manage the risks that are associated with migration.

“The compact realizes that all migrants are entitled to equal protection of their human rights, that migrants are veritable and integral parts of our societies and that migration makes an important contribution to sustainable development.

“It stresses the need for better data and knowledge of migration and it highlights the importance of creating regular pathways for migration which can help countries address labour market and dramatically reduce the risk facing migrants on the move,” Ms Mohammed said.

She said that scaling fences compliments the report released in 2017 by UNDP’s Africa Bureau explaining extremism which focused on the drivers of recruitment and puts in the spotlight the different but equally challenged population.

The Envoy said that in the previous reports, he young people surveyed on a journey to extremism were less educated rural dwellers bypassed by economic progress.

She, however, noted that in contrast, scaling fences cohorts urban, educated and relatively more well of than the general population.

“We must ensure that those that choose to go must do so through pathways that reduce their risk to abuse, violence, exploitations and even worse,” Ms Mohammed said.

In his remark, Mohammed Yahya, UNDP’s Resident coordinator said that the problem was not migration in context but the challenges of dealing with it.

Mr Yahya said that the rising inequalities between nations and between people, climate change, globalisation itself and changing nature in work would continue to drive mobility.

He said that it is therefore  important that irregular migration must be understood in such context.

“People move and that is not new. What is clear however is responding to the large scale of people with all its complexities which have become one of the greatest challenges facing us.

“I hope this report will shed a light on these groups of contemporary travelers and will still  let the much needed debate on migration by bringing the voices and the perception of those who have migrated.

“This report challenges us to advance the current debate and find mutually beneficial outcomes for the migrants themselves, their families, the countries they have left behind and the countries they seek to live a new life,” Mr Yahya said.