ISWAP frees Yobe govt official, others after 4 months in captivity 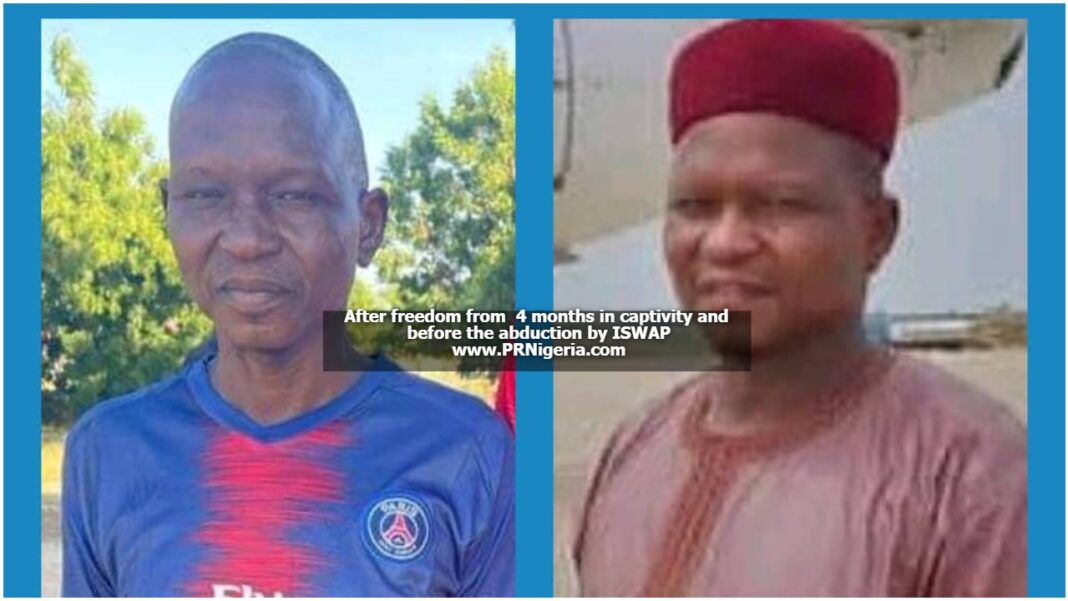 The Islamic State of West Africa Province, ISWAP, has freed a Staff of the Yobe State Government House, Ali Shehu, and two other persons, from captivity.

Mr Shehu and two other persons were abducted by ISWAP fighters four months ago along Maiduguri Damaturu road in July, this year.

The Yobe Government House worker and his co-abductees were held captive in the terrorist enclaves.

An intelligence officer told PRNigeria that the victims had stayed several weeks in the terrorists’ enclaves until the picture and identity card of one of the victims, who was identified as a liaison officer of Yobe Government Lodge in Maiduguri, was released by the ISWAP criminals.

“It was not clear who negotiated with ISWAP to secure their release,” he said.

The officer said the victims have been reunited with their families, after undergoing security profiling.