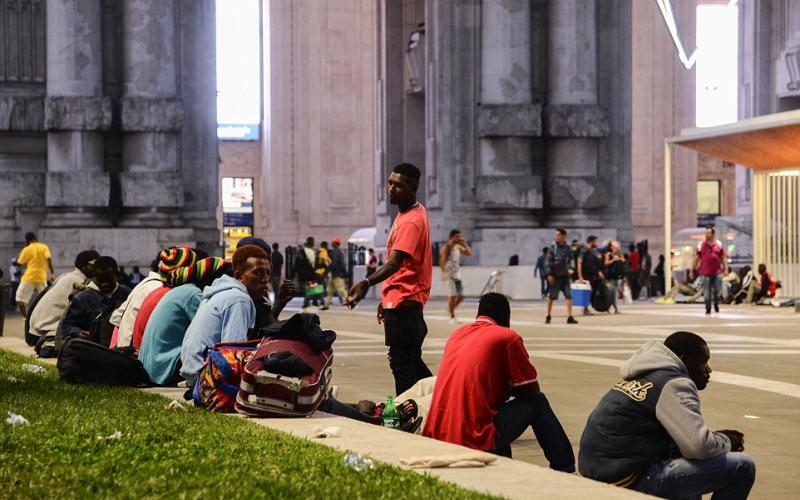 The National Union of Nigerian Association in Italy, NUNAI, and Nigerians in Diaspora Organisation Europe, NIDOE, Italy say law-abiding Nigerians living in Italy are not being harassed by the authorities.

The unions made this known in a joint communiqué made available to the News Agency of Nigeria on Friday, in Abuja following a crucial meeting of both unions.

The unions said that Nigerians had enjoyed friendly relations with the host country and the same thing with the various communities that harbour the people, irrespective of colour or language.

They said that their resolutions were coming in response to the allegations of harassment and unlawful detention of Nigerians by the Italian government instituted by Osaze Ero, a former Commissioner in Edo.

They, however, noted that they would never support maltreatment being meted on any Nigerian citizen by Italian authorities.

The union expressed determination not to allow all law-abiding Nigerians who have a legitimate residence in Italy to be treated with bias or hostility by the authorities in Italy.

“We do not rule out the fact that there have been occasions, where Nigerians were involved in cases in Italy, just as it happened to other nationals living here and, even to Italians as well.

“But, it must be well-stated that wherever or whenever there is a reported case of breach of the fundamental rights of any Nigerian national in Italy.

“The prompt intervention of our unions and, or the Embassy of Nigeria in Rome have always ensured that such cases were promptly resolved either through dialogue or through the processes of the law, and in the end, justice prevailed.

“We must deem it fit here to mention that Nigerians, as well as other nationals who live in Italy, have enjoyed friendly relations with our host country.

“Same thing with the various communities that harbour our people, irrespective of colour or language,” the unions stated.

The union said that after a meeting at the Nigerian Embassy in Rome, came up with some resolutions, which included not disregarding Ero’s right of expression or support the maltreatment of Nigerians in Italy.

“Among the issues discussed was a petition by Ero, a former Commissioner in Edo who visited Italy some time ago who claimed he was unjustly detained by the law enforcement agents in Italy.

“Having objectively studied Mr Ero’s petition which he titled “Mafia Propaganda Against Nigerians in Italy”, we believe that justice is better served through the appropriate channels and by going through the proper procedures of the law.

“In the light of the above, NUNAI and NIDOE, frown at the fact that Mr Ero preferred to launch his petition in the social media,” they said.

They frowned at a situation where Ero failed to report his experience to either of or both of these bodies where he can seek redress through a due process of the law.

“We frown at Mr Ero’s negligence or utter disregard for due process by not reporting his “illegal detention” in Italy to the Embassy of Nigeria in Rome for diplomatic intervention but, instead has resorted to a campaign of calumny as a way to seek redress.

“NUNAI through a top EXCO member has been in touch with Mr Ero in Nigeria, where he currently lives and wrote his petition, to hear his grievances.

“And we are working with the Embassy of Nigeria in Rome to ascertain the veracity of his claims, and to determine the best approach for justice,” they stated.

Both unions commended Mfawa Abam, Nigeria’s Ambassador to Italy and the entire mission, for how efficiently and patriotic they were handling of the affairs of Nigerians in Italy.

They also urged Nigerians living in Italy and other parts of the world to remain law-abiding and register with the unions where ever they leave so that they can be properly documented and accounted for.