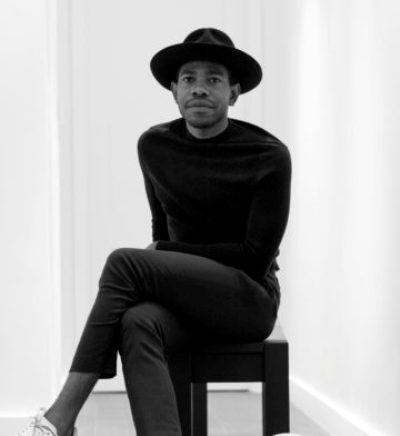 News Agency of Nigeria (NAN) reports that Ize, through his eponymous brand, is famous for his use of intricate aso-oke designs sewn into contemporary pieces.

One of these pieces broke the internet on Monday after Burna Boy rocked Coachella stage with it.

This comes after supermodel, Naomi Campbell and fashion star, Imaan Hammam were photographed in them.

To meet the high female demand of his designs, Ize, whose designs have also been rocked by America’s Childish Gambino, will be unveiling the women’s wear during the Arise Fashion Week between April 19 and April 22 in Lagos.

“In Nigerian culture there are daily rituals around getting dressed and feeling good beyond special occasions.

“And that’s true regardless of your gender,” says Ize, pointing out that 70 percent of his menswear are bought by women in an interview with Vogue.

Born in Lagos, Ize is using his cross-cultural experiences to produce new contemporary forms in the Nigerian fashion industry.

The designer received his fashion and design diploma in 2015, at the University of Applied Arts in Vienna, under Hussein Chalayan.

In this same year Ize also received the Fred Adlmüller scholarship during his graduation show.

He officially launched his fashion brand in Lagos in 2013, immediately after his three year in university in which Bernhard Wilhelm headed the fashion department.

His knowledge and diverse experience – from assisting Edun to Asher Levine in New York – has flourished Kenneth into a talented creator.