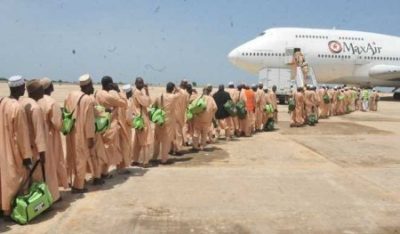 The Jigawa State Pilgrims Welfare Board, JSPWB, says intending pilgrims from the state  will pay the least Hajj fare in the country for the 2019 pilgrimage to Saudi Arabia.

The Public Relations Officer, PRO of JSPWB, Hashimu Kanya, disclosed to the News Agency of Nigeria, NAN in Dutse on Monday, that the state government had reduced the fare.

Mr Kanya explained that the new fare for the intending pilgrims was now N1, 464,322.12  as against the former fare of about N1.6 million.

READ ALSO:   Hajj fare could have been N2m – NAHCON boss

He pointed out that all the pilgrims would receive $800 each as Basic Travelling Allowance , BTA.