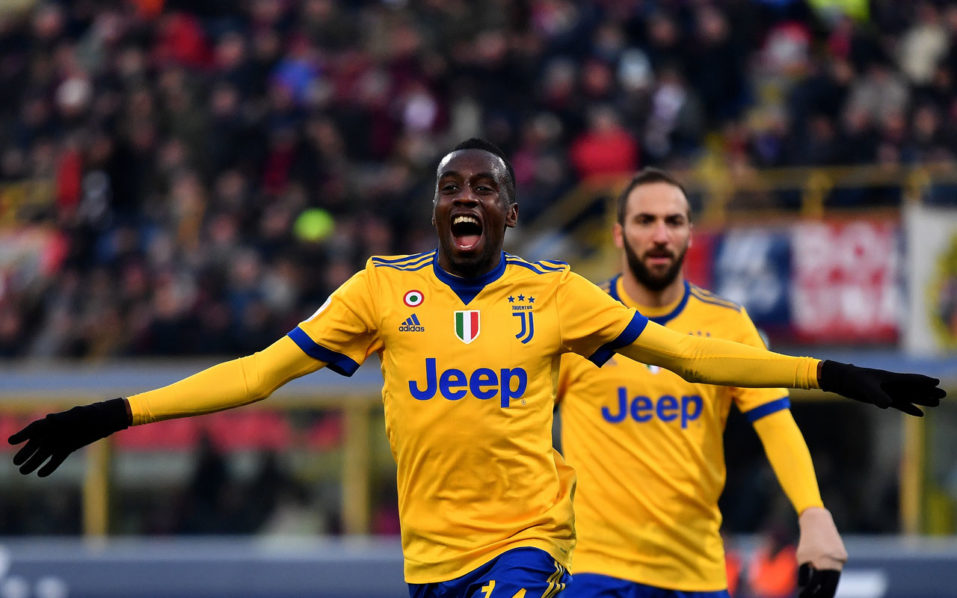 Juventus moved second in Serie A after a trademark Miralem Pjanic free-kick led the reigning champions to a comfortable 3-0 win at Bologna on Sunday, while AC Milan were plunged further into crisis by a heavy loss at lowly Verona.

Massimiliano Allegri’s Juve are on 41 points, just a point behind leaders Napoli after leapfrogging Inter Milan, who suffered a shock first defeat of the season to Udinese on Saturday.

Bosnian Pjanic opening the scoring with a stunning 27th-minute free-kick and turned provider nine minutes later, clipping over a beautiful pass to Mario Mandzukic that the Croat smartly chested down and stroked past Bologna keeper Antonio Mirante.

Blaise Matuidi made sure of the points in the 64th minute with his first Serie A goal, the France international crashing a clearance back past Mirante on the half-volley.

“I feel good, I’m improving, the team got the three points we needed and I am happy,” midfielder Pjanic said.

“We have to be ready for the next match against Roma (in Turin on Saturday). They are a very strong side and will be challenging for the Scudetto.”

Juve have kept four straight clean sheets in the league since losing at Sampdoria last month and never looked in trouble at Bologna, despite troubled talent Paulo Dybala being left out.

Argentine Dybala was benched again by Allegri amid rumours of personal problems that have affected his form and he had something to prove when he was brought on with 15 minutes left.

He forced a smart save from Mirante but looked a shadow of the player that helped fire Juve to the Champions League final last season.

The crisis enveloping Juve’s fellow Italian giants Milan deepened after their 3-0 defeat at Verona, who handed Milan their eighth defeat of the season thanks to a powerful header from Antonio Caracciolo and two smart finishes from Moise Kean and Daniel Bessa.

Milan’s expensively-assembled squad has failed to get going in Serie A, and they are languishing in seventh place on just 24 points, 18 points behind Napoli and 14 adrift of the fourth and final Champions League place.

– ‘No excuses’ for Milan –
“There are no excuses, we embarrassed ourselves,” said Gattuso after the defeat.

“In the first 25 minutes we created loads of chances but they made us pay with their first opportunity.

“Up until their first goal we played well, creating plenty, but we collapsed at the first obstacle put in our way, as has happened often this season.”

Fourth spot is held by Roma, who are just four points behind Napoli with a game in hand on the top three after a dramatic 1-0 win over Cagliari on Saturday, decided in the 94th minute by Federico Fazio.

Lazio are fifth, but are now nine points off top spot, albeit also with a game in hand, after a dramatic 3-3 draw at Atalanta on Sunday.

Without the suspended Ciro Immobile, Sergei Milinkovic-Savic scored twice to draw Lazio level before half-time after falling two goals down early on.

Josip Ilicic completed a double of his own from the penalty spot to put the hosts back in front, and although former Liverpool midfielder Luis Alberto equalised again, Lazio failed to find a winner.

Crotone moved out of the bottom three with a 1-0 win over Chievo gained thanks to Ante Budimir’s 33rd-minute tap-in.

Sassuolo snatched a last gasp 1-0 win at Sampdoria through Alessandro Matri, who made up for Matteo Politano’s 82nd-minute penalty miss for the away side.

Ninth-placed Fiorentina are four points behind Sampdoria after their goalless draw with fourth-from-bottom Genoa, who are just a point above the drop zone.