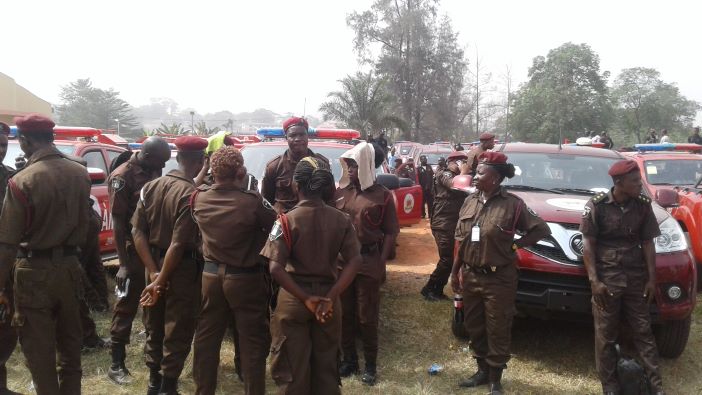 No fewer than three persons were reported murdered and two others injured on Saturday during a clash between the Oyo State Amotekun operatives and some Fulani herdsmen.

The News Agency of Nigeria gathered that Amotekun operatives and herdsmen engaged in a clash at Aiyete in Ibarapa North Local Government Area of the state.

The clash was said to have started at Okebi village on Saturday morning but the cause of the clash could not be immediately ascertained.

The Police Relations Officer in the state, CSP Olugbenga Fadeyi, confirmed the incident on Saturday in a text message sent to NAN in Ibadan.

Mr Fadeyi said that three persons lost their lives while two others were injured.

“When the DPO of Ayete got wind of the incident, he moved in swiftly to ascertain the cause of the attack.

“In his report, three persons have died and two injured. He has since commenced investigation and further development will unfold shortly,” the police spokesman said.

The Federal High Court, Abuja, on Wednesday, ordered a stay of proceeding in the ongoing trial of the former Head of Service, HoS, Winifred Oyo-Its, and others.
Read more