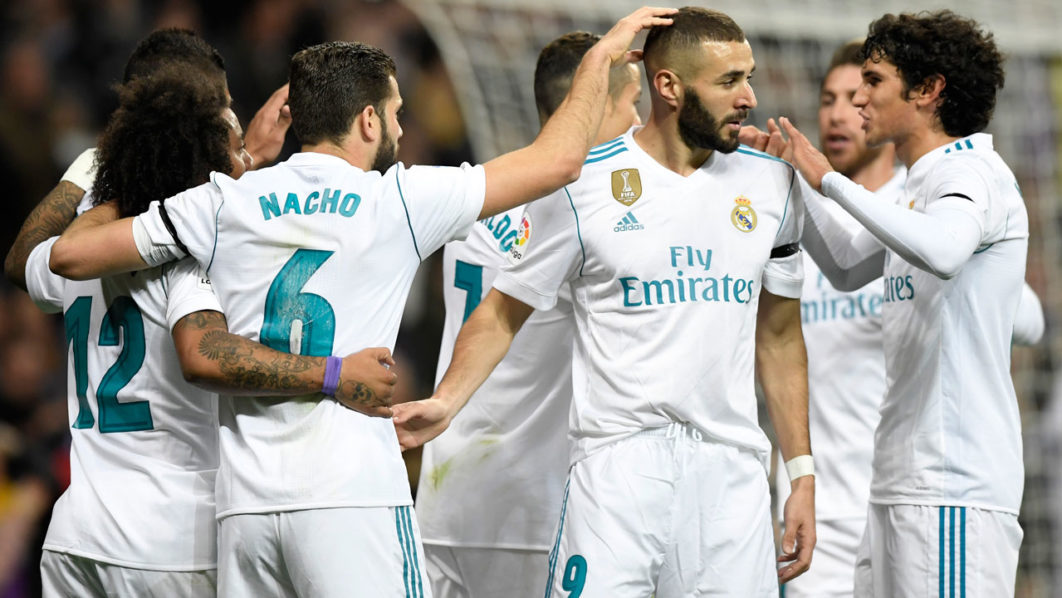 For the first time, Spanish football’s showpiece event, El Clasico between giants Real Madrid and Barcelona, has been scheduled for a lunchtime kick-off (1200GMT) on Saturday as La Liga seeks to capture Asia’s attention and its cash.

“We are keen to provide our fans in Asia the opportunity to watch Real Madrid and Barcelona face off at a time that is convenient to them,” La Liga’s Chief Communications Officer Joris Evers told AFP.

With a potential television audience of 650 million people, according to La Liga, El Clasico is the most watched club match around the world thanks to its unique mixture of star protagonists and a fierce rivalry fostered over decades both on the field and off it by the distinct cultural differences between Catalonia and Madrid.

“It is the ideal shop window, the marquee match to show to people Spanish football,” Jose Maria Gay de Liebana, professor of economics at Barcelona University and an expert in Spanish football finances, said to AFP.

However, it is not just a boom in lucrative television rights that La Liga and its two biggest clubs are seeking with an early start this weekend, but a showcase for all of their lucrative sponsorship contracts.

“They want to sell their products to international markets, above all in Asia,” added Gay de Liebana.

According to a study carried out by consumer analytics specialists Nielsen Sports, last season’s corresponding first La Liga Clasico of the season generated more than $42.5 million in media value for sponsors.

“These are all locations where we know there are many La Liga fans and where we will be hosting events to celebrate El Clasico.

“Additional events are being held in various locations around Asia. Through this and other initiatives we want to make existing fans even bigger La Liga supporters and, of course, we want to attract new supporters as well.”

La Liga lagging behind
Such events are a sign of La Liga’s awareness of how the Spanish top flight lags behind England’s cash rich Premier League in the battle for Asian based fans.

Moreover, whilst Asia is the Premier League’s biggest international market, it trails behind the Americas and the rest of Europe in La Liga’s rights deals.

“We have changed kick-off schedules so that they can be seen at reasonable times here in Asia and we will continue to take steps to ensure that this part of the world can enjoy La Liga as much as possible,” La Liga president Javier Tebas said at the opening of the league’s new Singapore office earlier this year, just one of a series of new La Liga bases across the world.

Tebas is acutely aware that Spain’s privileged position at the top of the European game is coming under threat from the Premier League’s economic power.

He has repeatedly warned the Premier League could become the NBA of European football, capable of poaching Barca and Madrid’s stars like Lionel Messi and Cristiano Ronaldo in the same way Barca were powerless to stop Qatar-backed Paris Saint Germain paying a world record 222 million euros for Neymar in August.

Madrid and Barca have combined to win the Champions League in seven of the past 12 years. However, for the first time ever England will have five of the last 16 of the competition in 2018.

However, Gay de Liebana believes La Liga’s focus shouldn’t rest solely on Asia, but take advantage of the cultural and linguistic advantages they have in Latin American markets, from where many of its current stars like Messi and Uruguay’s Luis Suarez hail.

“They have to gamble and look towards South and Latin America. They are emerging countries where there is a rising middle class and greater spending power,” he added.