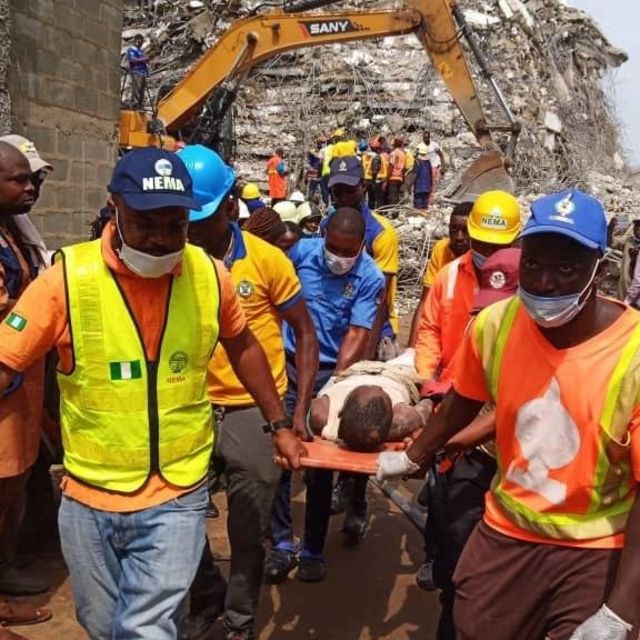 The National Emergency Management Agency, NEMA, says it has so far recovered 32 dead bodies from the collapsed building at Gerrard Road, Ikoyi, Lagos.

He added that nine injured persons had also been pulled out from the rubble as rescue operation entered its fourth day.

He said the operation would continue to ground zero as the agency had a mandate to rescue and recover trapped victims whether dead or alive.

The 21-storey building under construction collapsed at about 3 p.m. on Monday, trapping in many workers.

NAN reports that the incident has brought all commercial activities, including vehicular movement around the area, to a halt.

The Police Area “A” Commander, ACP Bode Ojajuni, as well as other security agencies including the Army, NSCDC, Defence, LASTMA, Road Safety, among others, have been on ground to ensure smooth rescue operation since the incident occurred.

NAN observed that the scene has turned to a tourist attraction of sort, forcing a hike in public transportation, particularly by commercial motorcyclists.