How lawyer forged C of O to own deceased’s property, court told 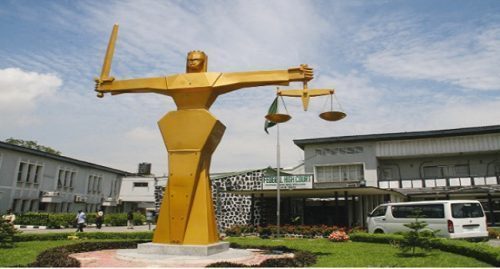 A prosecution witness, Adegboye Bajulaiye, has told an Igbosere High Court in Lagos, how a property belonging to a deceased was allegedly acquired illegally by a businessman, Rotimi Olubeko.

Mr Bajulaiye told the court on Thursday that the landed property belonging to late Francisca Awolaja was acquired by Olubeko without the consent of the deceased’s family.

The witness made the revelation while testifying in the trial of a legal practitioner, Kole Bello and three others, who allegedly forged a Certificate of Occupancy, C of O, of the land.

They were arraigned on a three-count charge bordering on conspiracy, fraud and forgery.

According to the charge, the defendants committed the offences sometime in December 2001 at Lekki Peninsula Scheme 1 in Lagos State.

The charge stated that the defendants allegedly conspired among themselves and forged a C of O with Reference No. 63/63/1989, dated Sept. 28, 1989, “with the intent that it may be acted upon as genuine’’.

It stated that the defendants committed the forgery in order to take over a plot of land, which is the Estate of late Mrs Awolaja.

The trio was accused of arranging for someone to impersonate late Awolaja and fraudulently conveyed her land to the businessman for the sum of N5 million.

They, however, pleaded not guilty to the charges.

At the resumed hearing on Thursday, the prosecution witness, who is also a lawyer, told the court that Bello was currently serving a jail term for a similar offence.

Mr Bajulaiye said that eight years after the death of Mrs Awolaja, Bello and others impersonated her ( the deceased) to sell the land, situated at Lekki Peninsula Scheme 1, to the businessman with a forged C of O.

He said he had the knowledge of how the defendants perpetrated the crime due to his involvement in the civil suit filed against Olubeko, Bello, Terry and others at the State High Court by the family of the deceased.

The witness told the court that in order to unravel the misery on how the deceased’s property was sold, eight years after her death, the Awolaja family wrote many petitions to the appropriate authorities.

According to Bajulaiye, this led to a series of investigations and cases filed in court cases.

“In the process, an official of the State Ministry of Lands, Olanipekun Cole, was summoned by the court to give evidence.

“Olanipekun  revealed that it was the photocopy of the original C of O in the file at the ministry that was illegally removed and cloned by the defendants to sell the land,’’ Mr Bajulaiye said.

After listening to the witness’ testimony, Justice Oluwatoyin Taiwo adjourned the case until Jan. 15 and 16, 2018 for further hearing.