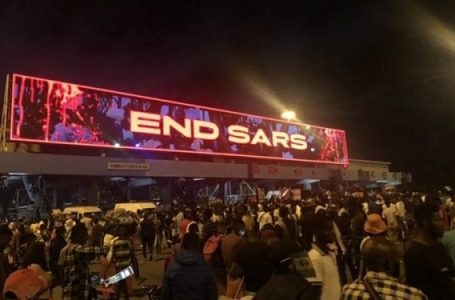 The Minister of Information and Culture, Lai Mohammed, has petitioned the U.S based media giant, CNN, over their recent report on alleged shootings at the Lekki Toll Gate during the EndSARS protest in Lagos State.

Recall that a CNN report on November 18 had alleged that the Nigerian Army used live bullets on protesters during its intervention in the #EndSARS protests at the Lekki toll gate.

The American cable network also unveiled the identity of a protester, Victor Sunday Ibanga, who reportedly died on the night of the shootings.

Addressing the letter on Monday, to Jonathan Hawkins, the VP Communications of the CNN Centre in
Atlanta, Georgia, the minister said the medium’s investigation fell short of journalistic standards.

According to him, the report is also blatantly irresponsible and it is a poor piece of journalistic work by a reputable international news organization.

The minister said: “Rushing to air such a momentous story without presenting the government’s side is inexcusable and indefensible. CNN said it contacted over 100 protesters and family members, but did not speak to one official of Nigeria’s federal government.

“While CNN said there was no response from the army and that officials of Lagos State would not speak in view of the Judicial Panel that is investigating the matter, it did not say what effort it made to speak with any official of the federal government.”

According to him, “another serious breach by CNN, in its ‘investigation’, is that the network relied heavily on unverified footages it harvested from social media.

“CNN was not present at the Lekki Toll Gate on the night of the incident. Neither its reporter nor cameraman was there, but it relied on eyewitnesses. Well, this is fraught with danger.

“While experts say eyewitness testimony is a potent form of evidence, it is also subject to unconscious memory distortions and biases, Unlike CNN, a reporter from the British Broadcasting Corporation (BBC) Pidgin Service, Damilola Banjo, was at the Lekki Toll Gate on the night in question, and was quoted as saying soldiers shot sporadically into the air and not at the protesters – a direct contradiction of the position taken by CNN who relied on second and third-hand information.

“In airing its ‘investigative’ report, CNN conveniently forgot that on Oct. 23rd 2020, it emphatically tweeted, from its verified Twitter handle, that the military killed 38 people when it opened fire on peaceful protesters on Tuesday, Oct. 20th 2020.

“Almost a month later, the same CNN – after a supposedly exhaustive investigation – is now reporting only one death from what the world was made to believe was a massacre. Is CNN not embarrassed by this sharp climbdown? Has CNN owned up to this and apologized for its faux paz?”

The minister also recalled that CNN has a habit of reporting Nigeria negatively, saying: “This is not the first time that CNN has carried an inaccurate or hoax story about Nigeria.

“In February 2007, Nigeria accused CNN of staging one of its reports from the country’s Niger Delta region, showing gunmen holding 24 Filipinos hostage.

“Of course, CNN and its then Africa Correspondent Jeff Koinange flatly denied the charge, saying the network did not pay for any part of the report.

“Later, in an email reportedly sent to a friend, Mr. Koinange was quoted as saying: “Of course we had to pay certain people to get the story… You do not get such a story without bribing.”  So much for denials!”

The minister, therefore, demanded exhaustive investigation to determine the authenticity of the report, threatening that if such is not done, the country would take legal action.

The statement said: “As a form of remediation, Nigeria’s Federal Government demands an immediate and exhaustive investigation from CNN into its ‘investigative’ report on the Lekki Toll Gate incident to determine, among others, its authenticity, whether or not it met the basic standards of journalism and also the selective use of unverified social media videos to manipulate public opinion.

“While it is up to CNN to accede or not, please note that the Federal Government reserves the right to take any action within its laws to prevent CNN from aggravating the #EndSARS crisis with unprofessional, irresponsible, one-sided, inciting and sensational reporting that is capable of pitching Nigerians against themselves and setting the country on fire.