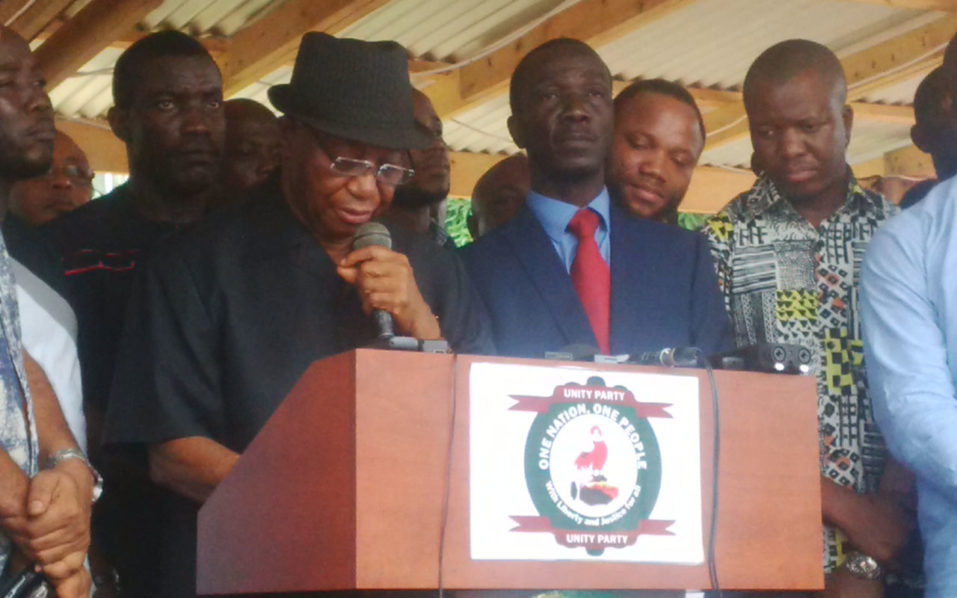 In a nationwide broadcast from his party’s headquarters in Monrovia on Friday, Boakai who was flanked by his supporters and party leaders, said he had already called Weah to congratulate him.

“I, Joseph Boakai, a man of peace, humility and with a deep faith in God hereby accept the results of the elections as announced by the National Elections Commission (NEC).

“I congratulate Ambassador Weah and pray that God will guide and empower him as takes the onerous responsibility of steering the affairs of our nation.

“Even though I will not be the captain of the ship, it is my fervent desire that the ship of state always sails smoothly.

“We must work to unite our people because Liberia is bigger than all of us,” he said

Dressed in black, the vice president said he would not succumb to any temptation to impose pain, agony and uncertainty on the people of Liberia.

“My ambition to serve will never push me to stoop too low to violence.

“The truth of the matter is that what I was seeking was not power or title but instead the opportunity to serve,” Boakai noted.

With 98 per cent of the votes so far counted, Weah of the Coalition for Democratic Change polled 61.5 per cent.

Boakai is trailing far behind with 38.5 per cent of the votes.

The Chairman of NEC, Mr Jerome Korkoya, who made the announcement on Thursday, said the final results would be released on Friday.