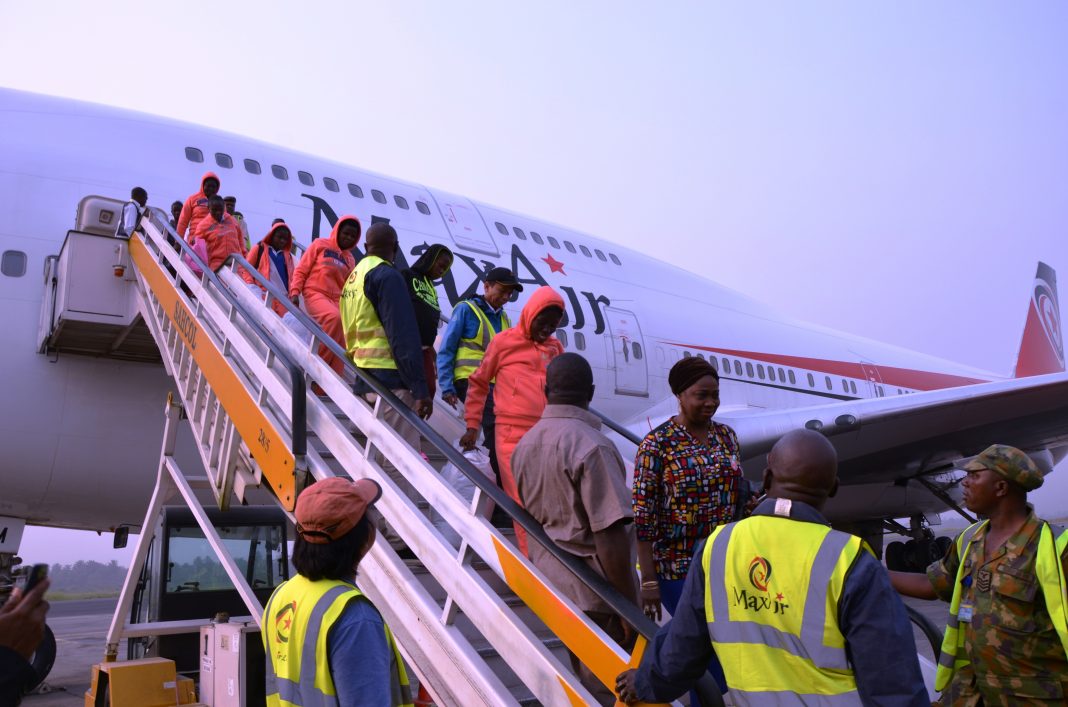 The National Agency for the Prohibition of Trafficking in Persons, NAPTIP, has said it has arrested two suspected traffickers among Nigerian returnees repatriated from Libya.

The Director General of NAPTIP, Julie Okah-Donli disclosed this at a news conference in Abuja on Thursday.

Ms Okah-Donli said that two of the suspects were currently under investigation as one of the suspected traffickers; a female, was transferred to NAPTIP’s Lagos Zonal command for questioning.

She stated that the agency had set machineries in motion to fish out those involved in the trafficking or smuggling of Nigerians and would be prosecuted accordingly.

According to her, nine pregnant women and five babies were among 972 returnees that have been repatriated.

The director general disclosed that among the returnees, Edo has the highest of 533 returnees, Delta with 128 while Yobe has 28.

Others include Ogun and Imo states, which have 25 each, Ondo 17 and Oyo state has 15.

She added that 27 states have so far had their indigenes returned, while nine states and Federal Capital Territory(FCT) were yet to record any returnees.

She said that those states that had no returnees were Borno, Adamawa, Gombe, Taraba, Bauchi, Sokoto, Kebbi, Zamfara and Niger.

Ms Okah-Donli noted that about 40 personnel of her agency had been deployed to provide various services to the returnees at the Port Harcourt’s camp.

She said that those officials include counsellors, caregivers, investigators and public enlightenment officers.

The director general commended President Muhammadu Buhari for his concern and the bold step in the evacuation of the trapped Nigerians in Libya.

She said that “this will go into history as the biggest evacuation of Nigerians ever by a Nigerian Government.

“It shows the great interest of the President in the protection of the lives of Nigerian citizens no matter where they are across the globe and irrespective of their immigration status” she said.