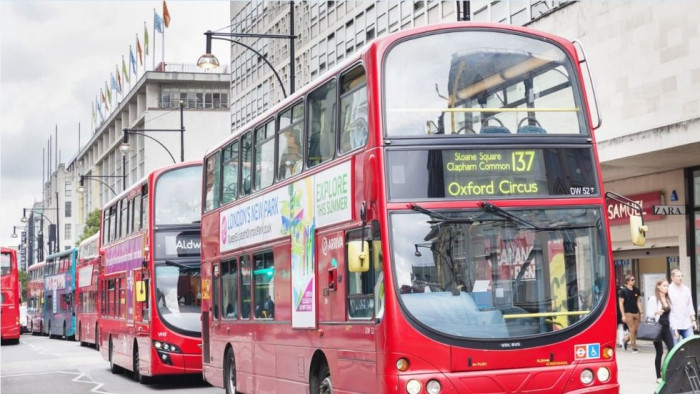 Buses in the British capital on Wednesday began introducing stricter measures to protect drivers and other staff from possible infection with novel coronavirus, following the death of at least nine drivers.

London Mayor Sadiq Khan said his office and Transport for London, TfL, are working with bus operators and unions to protect workers and passengers.

The nine drivers are among 14 TfL staff who have died after contracting coronavirus.

Unite, a trade union representing more than 20,000 London bus workers, said the new measures would reduce the risk, but called for more action to protect them.

According to Unite Regional Secretary, Pete Kavanagh, TfL needs to instruct all bus companies to lock front doors with passengers no longer entering the bus next to the driver with immediate effect.

“To improve social distancing, which will protect drivers and passengers alike, the maximum number of bus passengers must also be reduced.

“Many Londoners are working from home or not working during Britain’s near-lockdown to prevent spread of coronavirus.

“But others, including construction workers, are using the city’s reduced transport service to commute to work, meaning some buses and underground trains are still crowded,” Kavanagh said.

However, a forecast published on Tuesday by the U.S. researchers suggested that Britain was likely to record Europe’s highest number of coronavirus-linked deaths.

READ ALSO:   Tokyo Olympics chief set to quit over sexist remarks in another blow to the Games