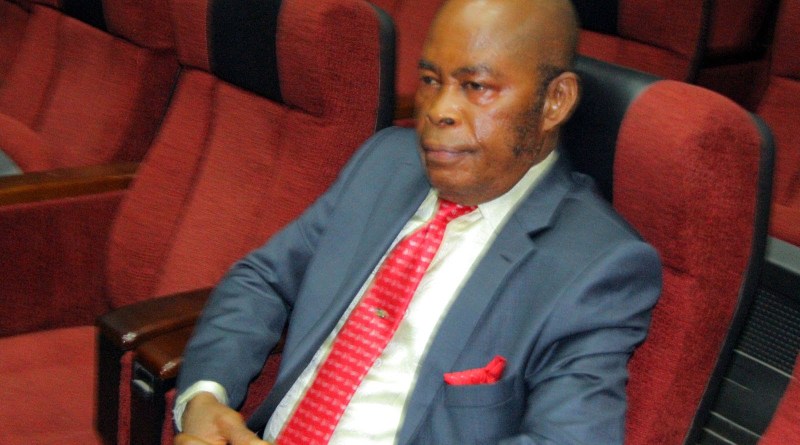 The Minister of Justice, Abubakar Malami, SAN, has described the late Supreme Court Justice Sylvester Ngwuta as a great man who rendered selfless service that contributed immensely in nation-building, with particular reference to the judiciary and justice Sector.

Mr Malami, in a statement by Dr Umar Gwandu, Special Assistant on Media and Public Relations, condoled with the people and government of Ebonyi, the Nigeria Bar Association and members of the Bench in mourning the legal luminary.

He said the death of the eminent jurist created a huge vacuum in the Nigerian Justice Sector and in particular, the Supreme Court of Nigeria.

”The late Supreme Court justice contributed to the development of the legal profession and the nation’s history will never forget him’’.

While offering special prayers for the eternal repose of the departed soul, Mr Malami prayed for the family of the deceased to have the fortitude to bear the great loss.

The Chief Registrar of the court, Hadizatu Mustapha, said that the jurist died around 2.30am, on Sunday.

“He felt sick and was admitted in the last one week in the National Hospital, Abuja, but before he was moved to the intensive care unit of the hospital on Friday, March 5 he tested negative to COVID-19 investigative test conducted on him.

“Justice Ngwuta was due to retire from the Supreme Court bench on attaining mandatory retirement age of 70 years on March 30, 2021.

READ ALSO:   Senate backs down on clause for electronic voting, transmission of result, others

“His remains have been deposited in the National Hospital mortuary pending the arrangement for his burial” she said.

The late jurist, who was elevated to the Supreme Court on March 22, 2011, was born on March 30, 1951 in Amofia-Ukawu, Onicha Local Government of Ebonyi State.

He had his basic education in the Eastern part of Nigeria and got his LLB in the University of Ife (now Obafemi Awolowo University), lle-ife in 1977 and BL at the Nigerian Law School in 1978.

Justice Ngwuta was among eight superior court judges that were arrested after a sting operation the Department of State Service, DSS, conducted in October 2016.

However, the Federal High Court in Abuja, in a judgement it delivered on March 23, 2018, struck out the charge after it held that the Federal Government failed to fulfill the condition precedent that is required before a serving judicial officer could be arrested or charged to court over corruption related offences.

The court held that some of the allegations against him were vague.

He was, therefore, discharged and acquitted of the charge.