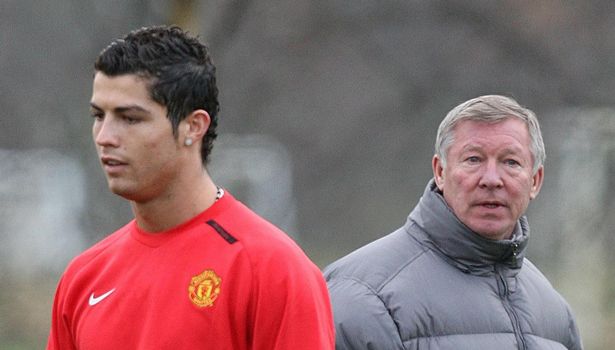 Manchester United appear to have forgotten a crucial piece of advice offered by their iconic former boss Sir Alex Ferguson over the status of the club’s star player and manager.

It is in relation to the return of Cristiano Ronaldo, who has become the best paid individual at the club and now hands a level of adoration above anyone else at Old Trafford.

The 36-year-old joined United late in the summer transfer window from Juventus, returning to Manchester after 12 seasons away.

The Portuguese superstar has become the best paid player in the Premier League, earning a staggering £510k per week – working out at an annual salary of £26.5million.

Since his return to the Red Devils, the club’s official social media streams have, somewhat understandably, devoted a lot of their output to the forward.

Ronaldo is such a recognisable name that he – alongside his long-term rival Lionel Messi – almost transcend the sport and are more ‘marketable’ than any individual club.

The strategy is understandable with United keen to boost their social interactions and following numbers, which leads to a stronger sell to potential sponsors that then leads to increased revenue streams.

Yet it could also have an adverse impact on coach Ole Gunnar Solskjaer, who no longer appears to be the most important person at the club – breaking a crucial rule set by Ferguson.

The Scot once used a new contract for United’s former star Wayne Rooney to negotiate a new and improved contract, ensuring that he remained as the best paid employee at Old Trafford.

Not only does United’s social strategy help propel Ronaldo to a higher status than Solskjaer, it could have the impact of putting more pressure on the Norwegian – who does not hold the same status.

Ferguson wrote in his book Leading, on the art of management: “I told them I did not think it fair that Rooney should earn twice what I made.

“[United co-chairman] Joel Glazer said: ‘I totally agree but what should we do?’ It was simple. We just agreed no player should be paid more than me.”

Ironically, Solskjaer’s decision to omit Ronaldo from a recent Premier League starting line-up against Everton appears to have been criticised by Ferguson, who said in a private conversation with UFC fighter Khabib Nurmagomedov “you should always start with your best players.”