Many bandits killed in airstrikes in Birnin Gwari 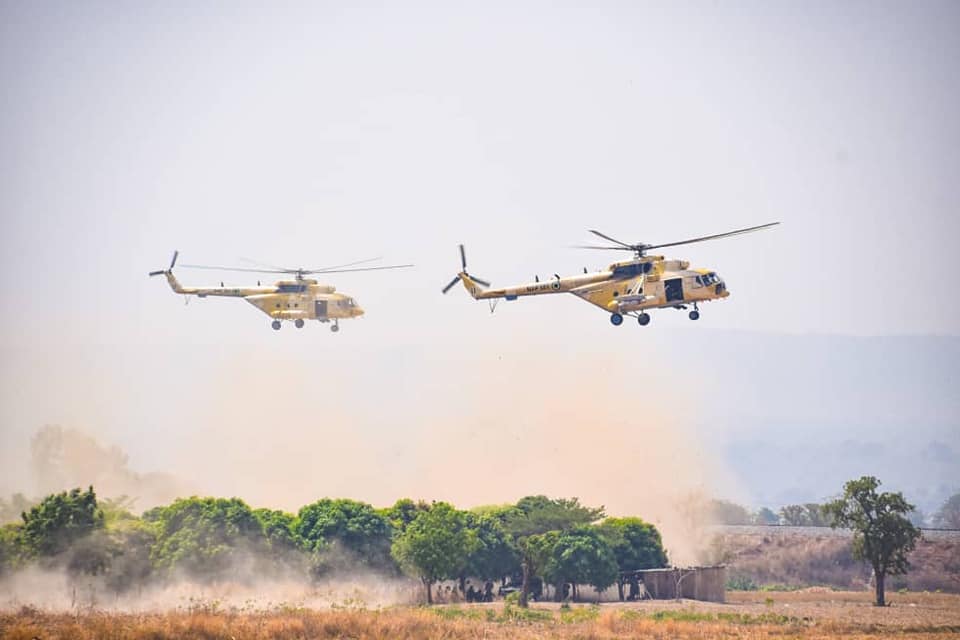 Nigerian troops under the auspices of Operation Thunder Strike have destroyed bandit hideouts during airpower operations, killing many of the criminals n Birnin Gwari Local Government Area of Kaduna State.

The state commissioner for Internal Security and Home Affairs, Samuel Aruwan, disclosed this in a statement sent to DAILY NIGERIAN on Saturday.

At Sani Maichuku, several bandit settlements were sighted and were engaged as some bandits attempted to escape on three motorcycles.

Similarly, at Alhaji Chokri, bandits were sighted on five motorcycles with herds of cattle, and were duly neutralized by the fighter jet crew.

Communication was maintained with ground troops particularly at Zabiya and Gwaska; no suspicious activity was reported in those locations.

In another development, the military under the auspices of Operation Thunder Strike, reported that suspected bandits attacked some farmers in a community off the Kaduna-Abuja Road in Chikun local government area.

According to the report, villagers pursued and apprehended two of the suspects. However, due to the severe beating administered by the villagers, one of the suspects died from the injuries sustained. The other remains in critical condition, in the custody of the troops.

Responding to the feedback, Governor Nasir El-Rufai commended the military for another successful round of operations in the Birnin Gwari area, and praised their sustained efforts to deny bandits freedom of action.

The governor also enjoined communities to embrace full recourse to the law in cooperating with security operatives, stressing that self-help is always a dangerous option.

Gunmen have reportedly stormed the residential quatres of the Federal Airport Authority of Nigeria, FAAN, in Kaduna airport, abducting 11 persons, including a family of six and a housewife with her two children.
Read more
News

The Bayero University, Kano, BUK, has started eight new degree programmes in the next academic session, 2020/2021. This is contained in the university bulletin sent...
Read more
Headline

The operatives of the Department of State Security service, SSS, have reportedly raided a forest camp belonging to a network of seven armed bandits in Kaduna State, recovering some sophisticated weapons during the operation.
Read more