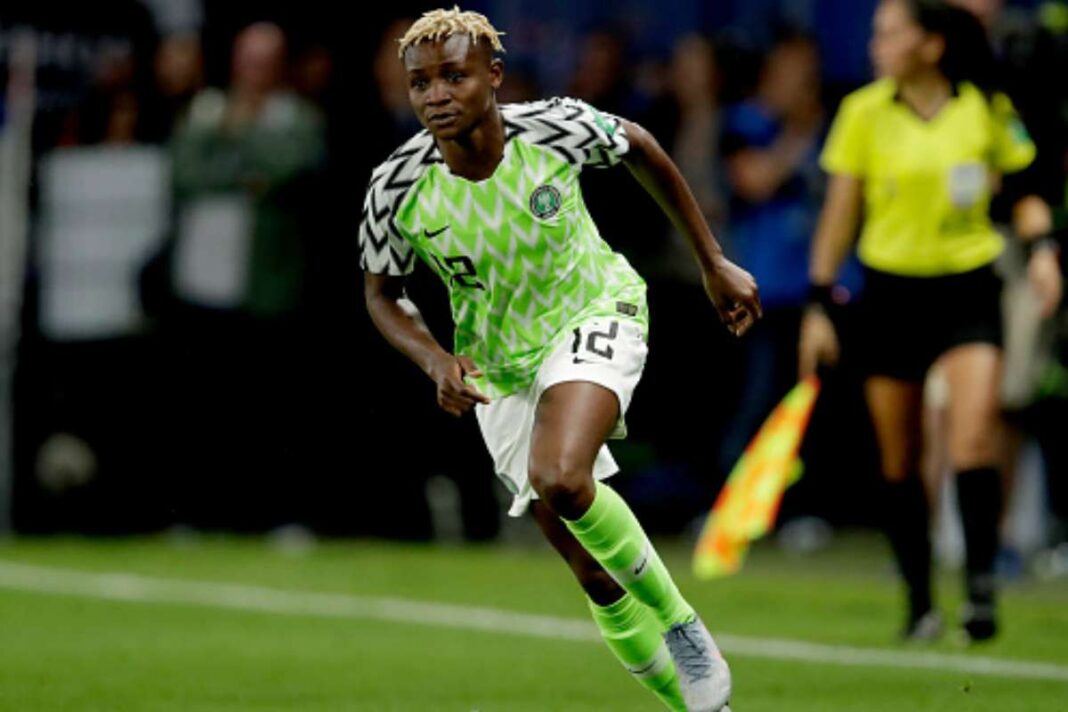 Nigeria’s Super Falcons and Linköpings FC of Sweden goal sensation, Uchenna Kanu, says the team would not get carried away by the 2-0 victory in the reverse fixtures in Ghana.

Kanu scored a brace against the Black Queens of Ghana in the first leg of the African Women Cup of Nations, AWCON, qualifiers for Morocco 2022 on Wednesday in Lagos.

She told the News Agency of Nigeria after the match at the Mobolaji Johnson sports arena that the Randy Waldrum-tutored team was focusing on the return leg encounter fixed for Sunday in Ghana.

“We thank God for the win, but we have a task ahead of us which is the return leg. We will remain focused to qualify for the AWCON,” she said.

NAN reports that Kanu got the goals for the nine-time African Women champions in the 21st and 27th minutes of the game in Lagos.

The Super Falcons, however, suffered a setback toward the end of the first half of the match as Falcon’s dependable forward, Ordega, who provided the assist for the first goal was injured.

The CSKA Moscow forward was later replaced by Vivian Ikechukwu early in the second half.