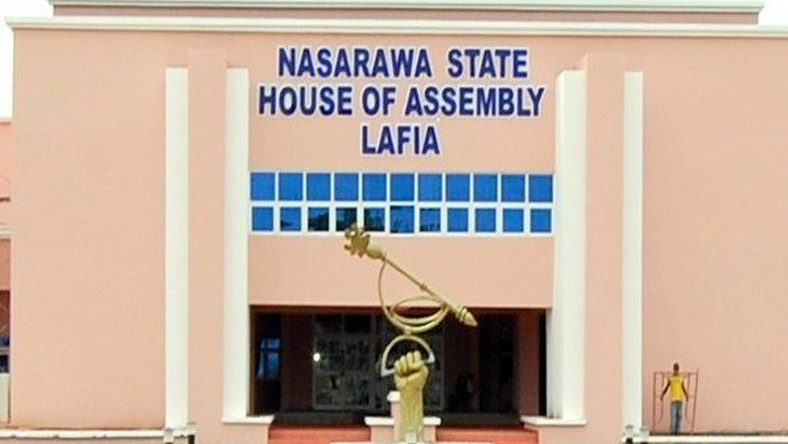 The Nasarawa State House of Assembly has denied claims that they have received N11million each as COVID-19 palliatives for onward distribution their constituents in the state.

DAILY NIGERIAN gathered that media aides to the Secretary to the State Government, Aliyu Tijjani, had claimed on Social Media that the state government had released the said amount to the lawmakers.

However, reading the resolution of the house on Tuesday, Speaker Ibrahim Balarabe, directed the Committee on Information and Security to investigate and liaise with security agents for the arrest of those involved.

The Speaker also called on the state government to issue a statement to clear the air on the purported fund.

“I have heard you all. I want to commend all of you for your positive contributions on this matter and your sacrifices so far, show of understanding and support for leadership of the house and support for Governor Abdullahi Sule.

“The reports on social media that the state government has given us money as palliative to our constituents over COVID-19 is unfortunate and false.

“Such reports are capable of creating confusion and are inciting us against our people.

“No amount of intimidations, mischiefs, insults will divert our attention and we will continue to protect the integrity of the House and I urged you to remain focused.

“It is in view of this that the House passed the following resolutions.

“One, the House debunk story circulating on social media that the state government has given members money for palliative for their constituents to cushion the effect of COVID-19.

“Secondly, the House call on the Executive arm to come out and make a statement to clear the air on the purported fund.

“The House mandates the Chairmen, House Committee on Security and Information to meet with the security agencies for the arrest of those involved in such acts for prosecution to serve as deterrent to others,” he said.

The speaker, therefore, advised the youths not to allow themselves to be used as
agents of fake news and hate speech.

Earlier, the house committee chairman on Information, Mohammed Omadefu, had brought the issue to the notice of the members, saying that the media is awash with the report about the release of the said amount of money.

Mr Omadefu said: “One Ja’afar M. Loko, Abahuraira Mohammed Mainasara, Umar A Abdullahi and Shuaibu Sani are the main people circulating reports on social media that the governor gave us money for palliative to our constituents.

“Such reports are capable of creating confusion, tension as well as inciting our constituents against us, ” he added.

In his contribution, the member representing Nasarawa Eggon East, Mohammed Muluku, said that members of his constituency had been contacting him over the money which, according to him, he know nothing about.