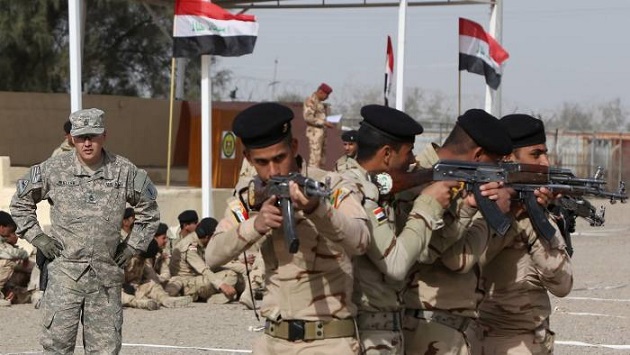 Senior officials and diplomats on Tuesday said the North Atlantic Treaty Organization, NATO is considering an increase to its training mission in Iraq to relieve the burden on the U.S. led coalition against Islamic State.

NATO and the coalition have non-combat `train-and-advise’ missions, which aim to develop Iraqi security forces, but both are suspended over fears for regional stability after a U.S. drone strike killed a top Iranian commander in Baghdad on Jan. 3.

After the killing, U.S. President Donald Trump called on NATO, founded in 1949 to contain a military threat from the Soviet Union to do more in the Middle East but he has not specified publicly what that might entail.

“We are discussing what more NATO can do,’’ he told reporters, adding that the alliance would first seek to restart the training with the Iraqi government’s blessing.

U.S. Ambassador to NATO Kay Bailey Hutchison said the alliance was also seeking military advice, both from NATO and Iraq, on how to increase the mission, but gave no details.

“I think it will definitely be the answer to what President Trump has requested,’’ she said.
HLM/AFA

U.S. President Joe Biden and Canadian Prime Minister Justin Trudeau will try on Tuesday to move past an early disagreement after Biden blocked the Canadian-backed Keystone XL pipeline and look to reset relations after the rocky years of Donald Trump.
Read more
News

The international view of the U.S. administration of President Donald Trump is at a new low this year, according to a survey released on Thursday.
Read more