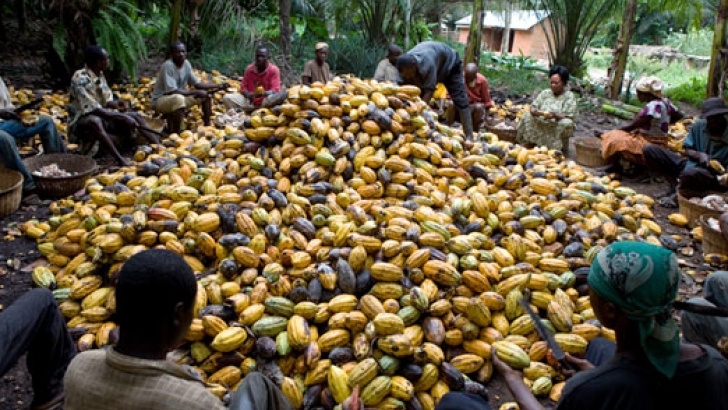 The Executive Director, Nigerian Export Promotion Council, NEPC, Olusegun Awolowo has said that The Netherlands is a big market for 47 per cent of cocoa commodity produced in the country.

Mr Awolowo made this known while fielded questions from State House correspondents after a trade agreement between the Netherlands and Nigeria on Tuesday at the Presidential Villa, Abuja.

The signing of the agreement was supervised by Vice President Yemi Osinbajo.

Mr Awolowo said that Nigeria needed to tap from the Netherlands’ know-how in agro-business and agro-processing.

“The Netherlands is our number one trading partner in Europe; they buy 47 per cent of our cocoa; that is just 2018 figures; it is almost 150 million dollars in raw materials.

“So, we are looking now at agro-processing; value addition; we know untapped potential of our trade to the Netherlands on cocoa oil, cocoa paste; so, we need to get them to buy that from us.

“We also know that they import a lot of aluminum; that is also where we can export and supply them.

“So we really want to take advantage of their knowledge in agro-processing because they have one of the best universities in the world for training on this.

“The idea is to develop more companies that will export to Europe; we must look forward to a new development with innovation on technology and that agreement helps us to seal that,’’ he said.

The executive director said that Nigeria was ready and was looking at getting more competitive on its goods as the African Continental Free Trade Agreement, AFCFTA, had just been opened.

Mr Awolowo said that the major signatory AFCFTA was looking for was Nigeria because it was the biggest market and number one economy in Africa.

He said, however, that Nigeria must get ready for AFCFTA by getting its companies, SMEs, MSMEs ready and competitive enough to export into Africa and Europe.

On her part, Ms Sigrid Kaag Netherlands Minister for Foreign Trade and International Cooperation said the agreement was as a reflection of the intention of the Netherland and Nigeria to strengthen cooperation.

She said the cooperation would be expanded particularly in the area of inclusive trade.

“Cooperation in investments, seeking out opportunities in key areas among others—agri-business, horticulture, but it is bigger.

“It looks towards creating jobs in Nigeria; to attract investments and to really partner the government, universities and NGOs,’’ she said.

Speaking, Mr Edet Akpan, Permanent Secretary, Federal Ministry of Trade and Investment, said he was delighted that the agreement was signed.

He said that the Netherlands had shown a lot of interest in investing in Nigeria, adding that he looked forward to welcoming as many investors as possible, especially on the area of agriculture.

“They are very strong and with expertise; they are willing to help train Nigerians on various aspects of agriculture.

“Not just agriculture, there are other things they are bringing on board-ICT training starting with the universities and other key organs of government.

“I think we are going to make the best out of it,’’ he said.