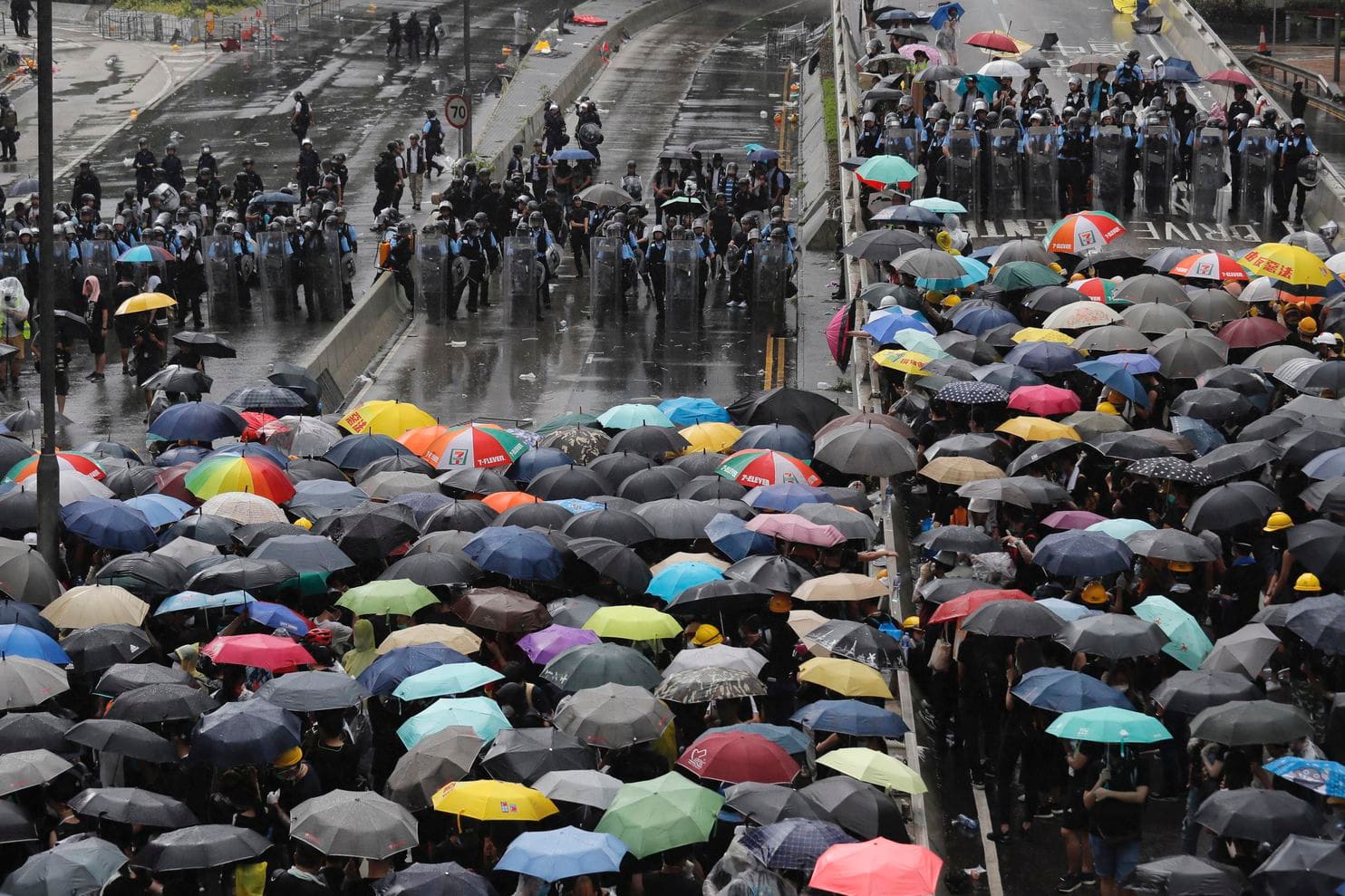 Hong Kong protesters on Monday smashed a window in an attempt to break into government headquarters in a fresh show of popular anger against local leader Carrie Lam.

Lam has faced public protests throughout last month for trying to introduce a bill on extradition to China, stoking fears about Hong Kong’s loss of autonomy vis-a-vis Beijing.

Monday’s protests coincided with the 22nd anniversary of the former British colony’s return to mainland China. While the recurrence usually draws protests, far more people showed up for them this year.

Protesters broke a glass panel as they used metal gates and other items to attempt to ram open an entrance to the city’s Legislative Council, as police waited inside dressed in riot gear.

While press entered the building through the hole, protesters – largely students and young people – were held back by police pepper spray.

There was more tension earlier this Monday, when police used batons and pepper spray to push protesters back from a flag raising ceremony at 8 am (0000 GMT).

A government spokeswoman said 31 protesters and police had been admitted into a hospital by 2 pm.

Meanwhile, a parallel protest was taking place as hundreds of thousands of Hong Kongers joined a march organised by the Civil Human Rights Front.

By 7.30 am, thousands were in the streets wearing hard hats and face masks. The march brought traffic to a standstill in much of central Hong Kong island.

In response to earlier protests, Lam suspended the extradition bill.

She also issued two public apologies, but this has failed to assuage protesters, who want her to step down and order an independent enquiry into police brutality at previous protests.

“I was so scared,’’ protester Michelle Ng told dpa of her experience near the back of the protest line. “we heard ‘boom, boom’ and you never know what is happening, and that was really scary.’’

Ng was decked out in goggles with plastic wrap on her arms and a towel on her neck to protect her from pepper spray and tear gas.

“What’s quite surprising is the day has come so early. We can foresee that we will change in Hong Kong but … it is too early to make Hong Kong into China,’’ Ng said.

Many protesters also turned out to demonstrate against a heavy-handed police response to a June 12 demonstration, which included pepper spray, tear gas, and rubber bullets.

The recent wave of protests have been largely leaderless, in contrast to a 2014 pro-democracy movement which had with clearly identified figureheads like students Joshua Wong and Nathan Law.

“Five years ago we had maybe a leader who decided what to do and we had guidance somehow but this time we don’t have any guidance,’’ protester Sheryl Hong told dpa.

“Everyone does their own job and has their own mindset which is very different than in previous years,’’ she added.