Neymar dazzles as Barcelona down Juventus 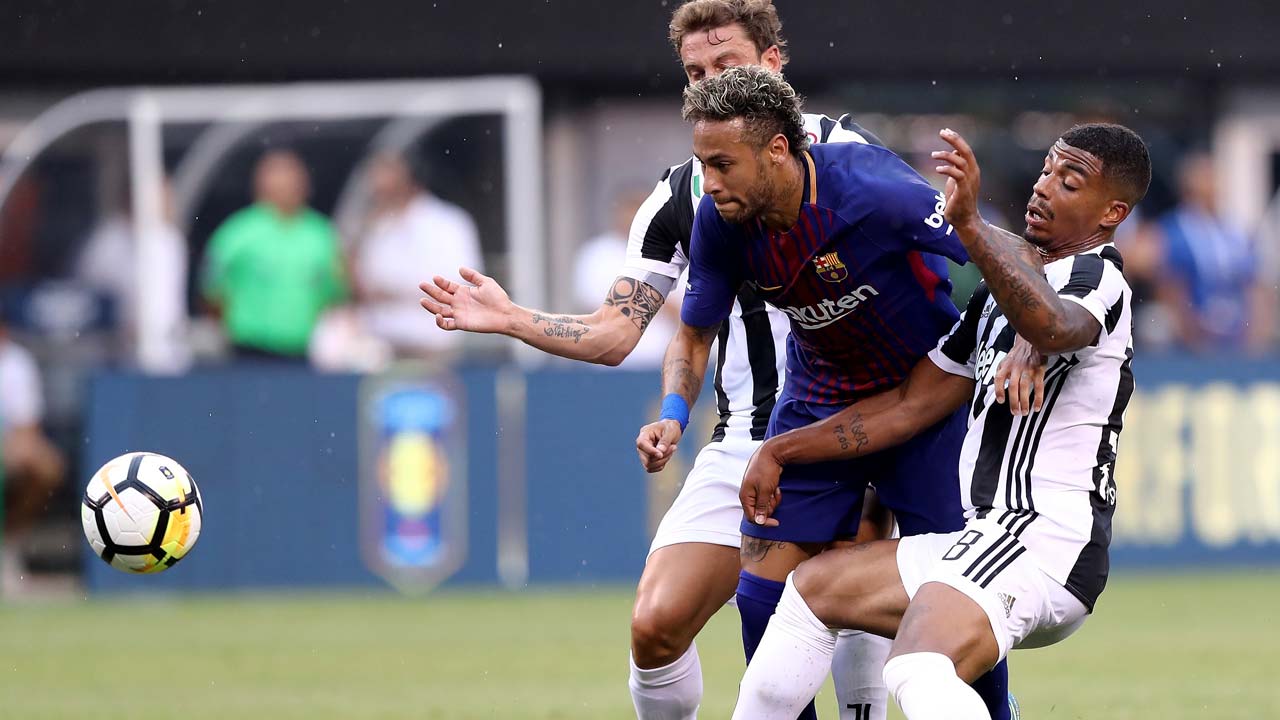 Neymar gave Barcelona fans a dazzling reminder of what they could be about to lose on Saturday, scoring twice as the Spanish giants defeated Juventus 2-1 in a pre-season friendly.

The 25-year-old Brazilian superstar is at the centre of frenzied speculation linking him to a gargantuan, world record 222-million-euro ($256.8 million) transfer to Paris Saint-Germain.

Neymar had kept the guessing game about his future bubbling away after posting a picture of himself looking pensive on Instagram on Friday.

But there was little to suggest that the charismatic striker is overwhelmed by the transfer saga as he produced a bewitching performance in front of a sell-out 82,104 crowd at the MetLife Stadium in New Jersey.

The Brazilian broke clear after only four minutes but saw a tame shot from near the edge of the area drift away from the goal.

Barcelona, with Lionel Messi starting, looked by far the more threatening of the two teams with Aleix Vidal and Messi both drawing early blocks from the Juventus defence.

At the other end Mario Mandzukic might have given Juve the lead on 14 minutes but his header from a Stefano Sturaro cross went wide.

The Italians were made to rue Mandzukic’s profligacy a minute later when Neymar fired the Catalans into the lead, playing a clever one-two with Paco Alcacer and drilling his finish past Gianluigi Buffon.

Nine minutes later and Neymar grabbed his second, picking his way through a static Juventus defence before burying a low shot beyond Buffon once more.

Neymar might have had a hat-trick three minutes from half-time, when Messi floated a delightful pass in behind the Juve defence for the Brazilian.

Buffon on this occasion was equal to the challenge however and blocked safely.

Barcelona rang the changes at half-time, withdrawing all but two of their starting line-up, Neymar exiting for Sergi Roberto and Arda Turan replacing Messi.

Juventus also made a raft of substitutions which led to the introduction of Paulo Dybala, Gonzalo Higuain and Douglas Costa amongst others.

The changes immediately gave Juve a sharper attacking edge and Dybala was quick to test Adria Ortola with a rasping shot on 62 minutes that was turned around for a corner.

From the ensuing setpiece, Giorgio Chiellini nodded home Dybala’s cross to make it 2-1.

However it was Barcelona who finished the stronger of the two sides, with Luis Suarez repeatedly threatening to extend the Spanish side’s lead.