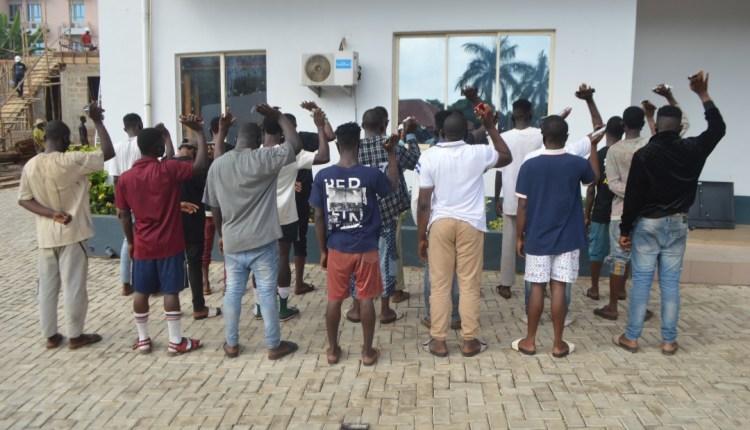 The Nigerian Army has handed over 20 suspected internet fraudsters to the Economic and Financial Crimes Commission, EFCC.

Officers of the 12 Field Engineering Regiment of the Nigerian Army, Ijebu Ode, Ogun State, handed the fraudsters to the Ibadan Zonal Copmmand of the EFCC.

A statement signed by the Head, Media and Publicity of the EFCC, Wilson Uwujaren, indicated that the suspects were arrested during a raid conducted by the Army at Ijagun, Odogbolu area of Ogun state.

Items recovered from the suspects include eleven vehicles, 29 phones and suspected hard drugs. The vehicles recovered are in the custody of the Army.

Nineteen of the twenty arrested suspects have been indicted by investigation.

In the words of the EFCC spokesman, “the suspects will be charged to court as soon as the investigation is concluded”.