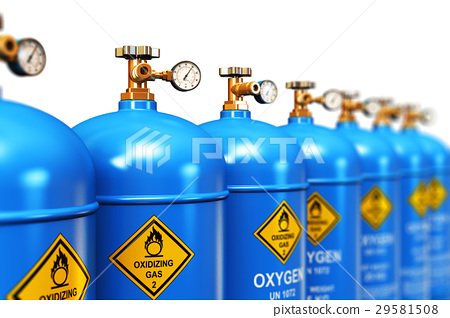 The Nigerian Army is ready to produce and store pure Liquefied Oxygen for immediate supply to isolation centres and designated hospitals for the management of COVID-19 cases.

The Coordinator, Defence Media Operations, Maj.-Gen. John Enenche, made this known at a news conference on updates on preparedness of the armed forces tl combat convid-19 and other engagements in Abuja.

Mr Enenche disclosed that the Nigerian Air Force had started operating its Liquefied Oxygen (LOX) Plant at the 103 Strike Group (103 STG) in Yola at full capacity to meet the mandate.

According to him, the plant is on 24 hours operation to ensure uninterrupted production of pure Liquefied Oxygen in support of the effort of the government in managing the cases.

He added that the military had provided an additional isolation and treatment centre, located at the Nigerian Navy Reference Hospital, Navy Town, Ojo in Lagos, bringing the number to 18 centres.

“Equally, the training of 80 medical personnel of the Armed Forces of Nigeria to manage COVID-19 cases has since commenced.

“They are being trained in batches and would soon be deployed to the various units they would serve.

“In addition, the recalling of retired Armed Forces medical personnel is in progress,” he said.

He urged the public to disregard those videos, saying they were actions of mischief makers whose motive was to tarnish the good image, integrity and sterling achievements of the Nigerian military.

According to Mr Enenche, the military high command has launched investigations into the various allegations of human rights abuses by its personnel in the cause of COVID-19 lockdown enforcement.

“I am to state here that, the high command of the Armed Forces of Nigeria wishes to thank the general public for their understanding and compliance with the presidential directives in respect of the lockdown.

“It should be understood that the directives are in the best interest of the Nigerian populace, in order to prevent the spread of the dreaded COVID-19 pandemic,” he said.

On the various operations across the country, Mr Enenche disclosed that the military had in recent time, recorded many successes against terrorists and other criminals in different parts of the country.

He said that the troops of 26 Brigade Garrison of operation Lafiya Dole had on March 28, conducted successful clearance and offensive operation along Gwoza-Pulka road based on credible intelligence.

The media coordinator, explained that the operation led to the elimination of one Boko Haram terrorist as well as recovery of one magazine with 12 fabricated rounds.

According to him, troops of Special Response Area in Pulka as well as 26 Task Force Brigade in conjunction with men of Civilian Joint Task Force and hunters neutralised six terrorists on March 31.

“Ten persons were rescued by the gallant troops while two dane guns, one terrorist flag and other items were recovered from the camp.

“Additionally, on March 31, following intelligence reports on assembly of some trucks reported to be assembling to load PMS from a vandalised NNPC pipeline, troops of Operation AWATSE moved to Wawa area of Ogun state to effect arrests.

“On sighting the troops, the pipeline vandals and truck drivers fled, abandoning hoses, tools for insertion into the vandalised pipeline, as well as eight trucks of 33,000 litres capacity each and a Toyota Saloon car.

“The abandoned items and vehicles were recovered by the troops. The general public is hereby assured of the commitment of the Armed Forces to protect the economic assets of Nigeria.

On the recent redeployment of some top army officers, Mr Enenche debunked the insinuations of conspiracy theories in the redeployment of the Theatre Commander of Operation Lafiya Dole.

He explained that redeployment was a normal administrative procedure in the armed forces, adding that any officer could be redeployed after three months of initial posting.